Roku Inc. (NASDAQ: ROKU) on Wednesday reported a narrower than expected net loss for the March quarter, triggering a stock rally in the after-hours trading session. The results benefitted from the steady expansion of subscriber base and user engagement.

Revenues of the Los Gatos, California-based TV streaming platform climbed 51% year-over-year to $206.7 million in the first three months of the year, helped by a 79% growth in platform revenue. Revenues also topped expectations. 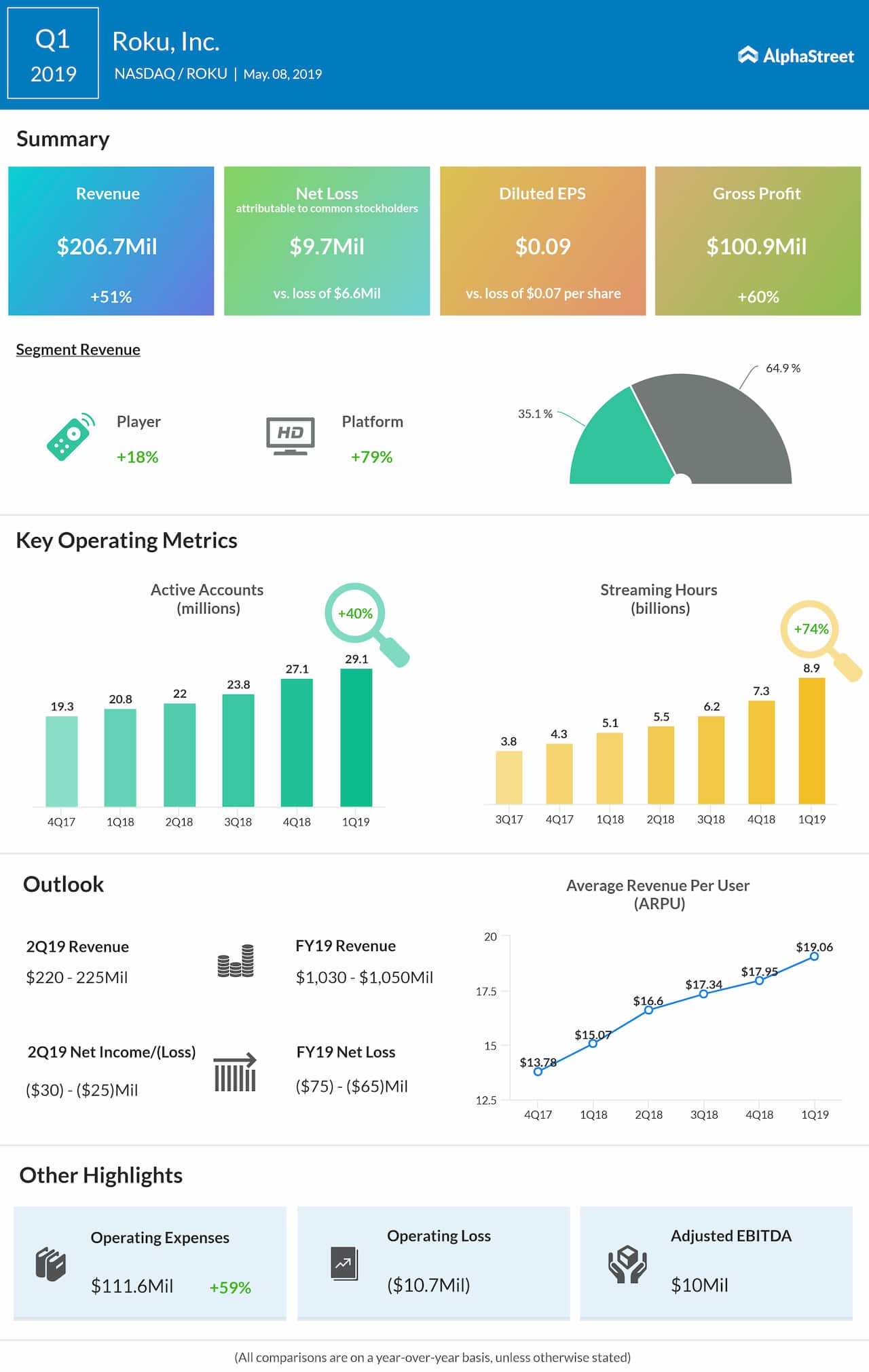 Per-user revenue increased 27% to $19.06, reflecting the continued uptick in the number of active accounts and user hours

Of late, the streaming space has been witnessing stiff competition, especially after the entry on new players including biggies like Apple (AAPL) and Walt Disney (DIS). However, Roku’s business model, wherein it acts as a one-stop destination for multiple streaming brands, allows it to take advantage of the situation by generating revenue from the increase in content resale.

There has been a marked increase in the sales of Roku-supported TVs in the US in recent years, which is in line with the company’s claims that it surpassed rivals like Amazon Fire (AMZN) and Apple TV in terms of customer growth.

The value of Roku’s shares more than doubled since the beginning of the year after falling steeply in the final weeks of last year. The stock, which is currently hovering near the $65-mark, closed Wednesday’s regular session higher and gained further after the earnings report.