Ross Stores (ROST) reported a 0.7% rise in earnings for the first quarter of 2019 helped by higher sales and lower provision for taxes. The results exceeded analysts’ expectations. However, the off-price retail apparel and home fashion operator guided second-quarter earnings below consensus estimates. Following this, the stock inched down over 2% in the after-market session.

Net income inched up 0.7% to $421.14 million and earnings increased by 3.6% to $1.15 per share. The results included about $0.02 per share benefit from favorable timing of expenses that are expected to reverse over the balance of the year.

Total sales grew 6% to $3.8 billion. Comparable store sales rose 2% compared to the previous year’s gain of 3%. The company delivered sales gains at the high end of its guidance as well as better-than-expected EPS growth despite continued underperformance in Ladies apparel. 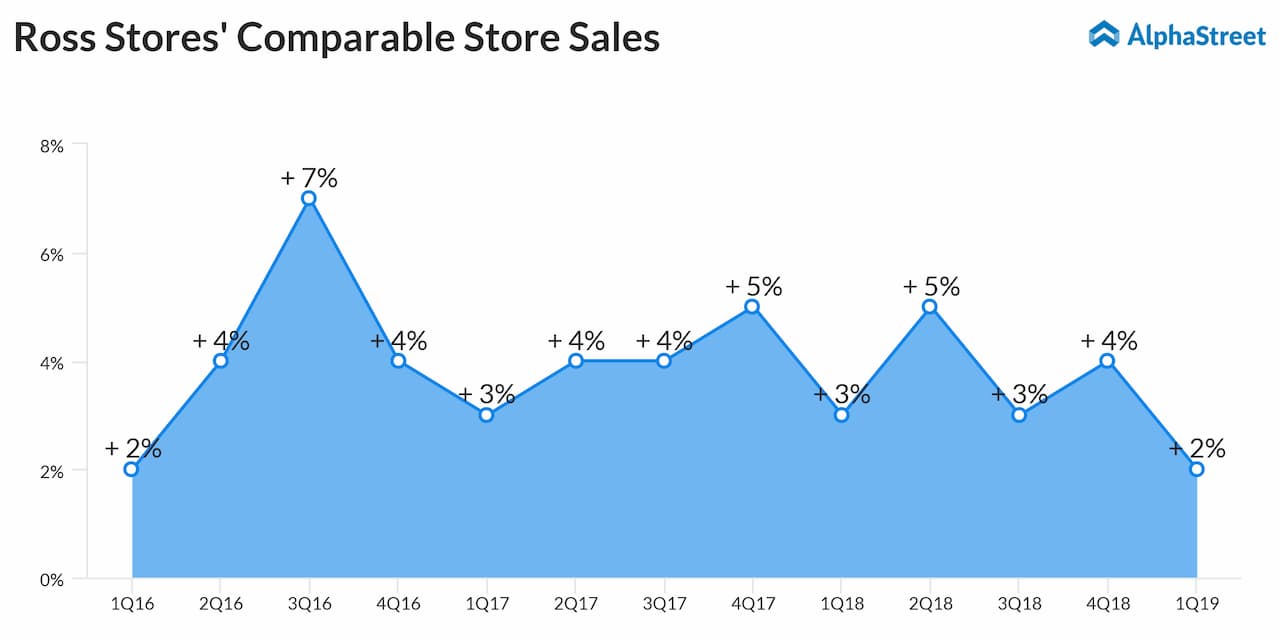 Looking ahead into the second quarter of 2019, the company expects comparable store sales growth in the range of 1% to 2% on top of a 5% gain last year. Earnings are anticipated to be in the range of $1.06 to $1.11 per share, up from $1.04 per share in the prior-year quarter.

While the operating margin of 14.1% was down from the prior year, it was above the company’s expectations mainly due to higher merchandise margin. As expected, this improvement was more than offset by increases in freight and wage costs and the timing of pack-away related expenses that benefited the prior year period.

Also Read:  Earnings calendar for the week of Oct. 19

During the first quarter of fiscal 2019, Ross Stores repurchased 3.4 million shares of common stock for an aggregate price of $320 million. As planned, the company remained on track to buy back a total of $1.275 billion in common stock during fiscal 2019.