Despite reporting market-beating fourth-quarter results, shares of Shopify (SHOP) fell over 6% during pre-market trading on Tuesday, as investors remained worried about the deceleration in top-line growth.

Revenue for the quarter jumped 54% to $343.9 million, well above the management projection of $315-325 million, driven by robust growth in subscription revenue. The top-line also came above analysts’ projection of $327.13 million.

However, the 54% increase in Q4 revenue marks the fourth consecutive quarter of growth rate decline. Revenue growth has consistently declined in the past three quarters, registering at 68% in Q1, 62% in Q2 and 58% in Q3.

Shopify (SHOP) investors had a windfall last year, with the stock jumping almost 40% in the trailing 52 weeks, against a 15% decline witnessed by the industry. 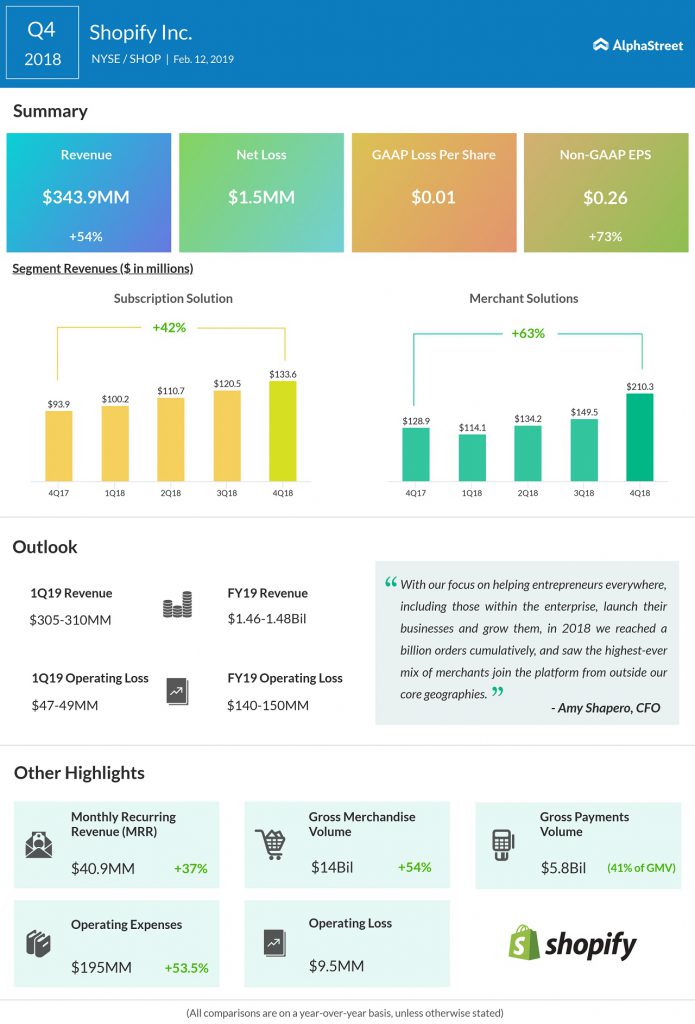 Monthly recurring revenue was up 37% compared to last year, while gross merchandise volume jumped 54% to $14 billion.

CEO Tobi Lütke said, “We made history in 2018: no other SaaS company has crossed the $1 billion-dollar revenue mark at a faster growth rate than Shopify has.”

The forecast for the first quarter is an operating loss between $47 million and $49 million on revenues of $305 million to $310 million.