Snap Inc (SNAP) surges about 15% in the extended-hours after narrowing its Q4 loss to 4 cents per share versus the estimated loss of 7 cents per share. Revenue increased 36% to $390 million, surpassing the estimated revenue of $376.6 million. However, the number of users stayed flat for the fourth quarter. 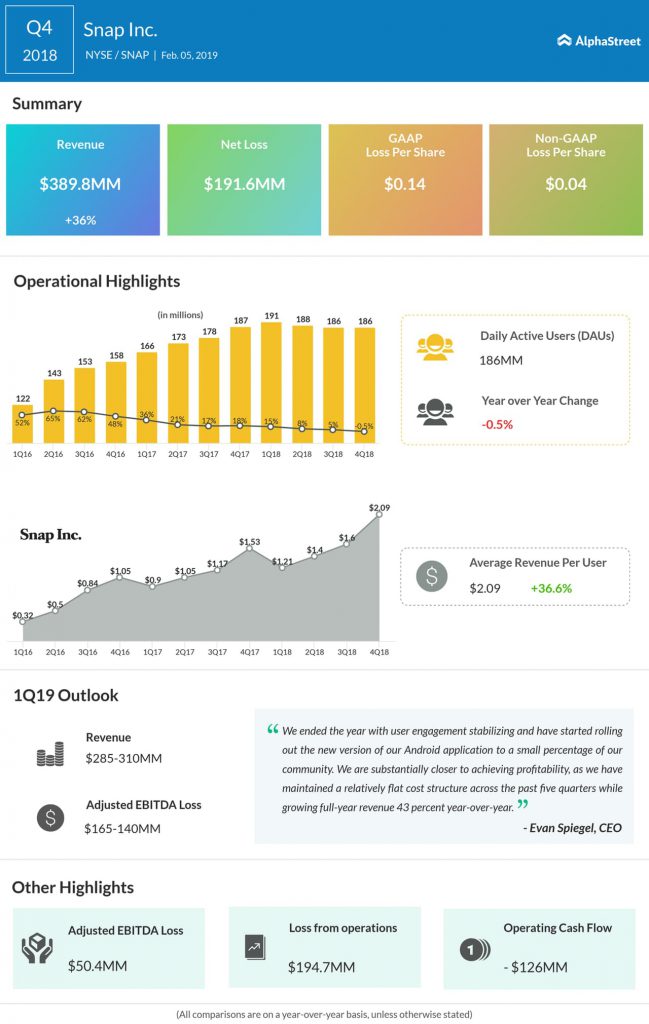 “We are substantially closer to achieving profitability, as we have maintained a relatively flat cost structure across the past five quarters while growing full-year revenue 43 percent year-over-year,” said CEO Evan Spiegel.

Strengthening international offerings and continued product innovation had helped social media company to report strong results for the quarter. The Santa Monica, California-based company ended the year with user engagement stabilizing and started rolling out the new version of Android application to a small percentage of the Snap community.

Social media peer Twitter (TWTR) is set to release its fourth quarter earnings on Thursday, February 7 after the market close. Shares of Twitter closed on Tuesday at $34.37, up 1.37% and extended the gain during the after-market session also.