Spotify Technology (NYSE: SPOT) reported a higher profit for the third quarter, helped by a 28% growth in revenues. Earnings surpassed the market’s expectations and the stock gained early Monday, immediately after the announcement. The company provided financial guidance for the fourth quarter and announced the retirement of CFO Barry McCarthy early next year. 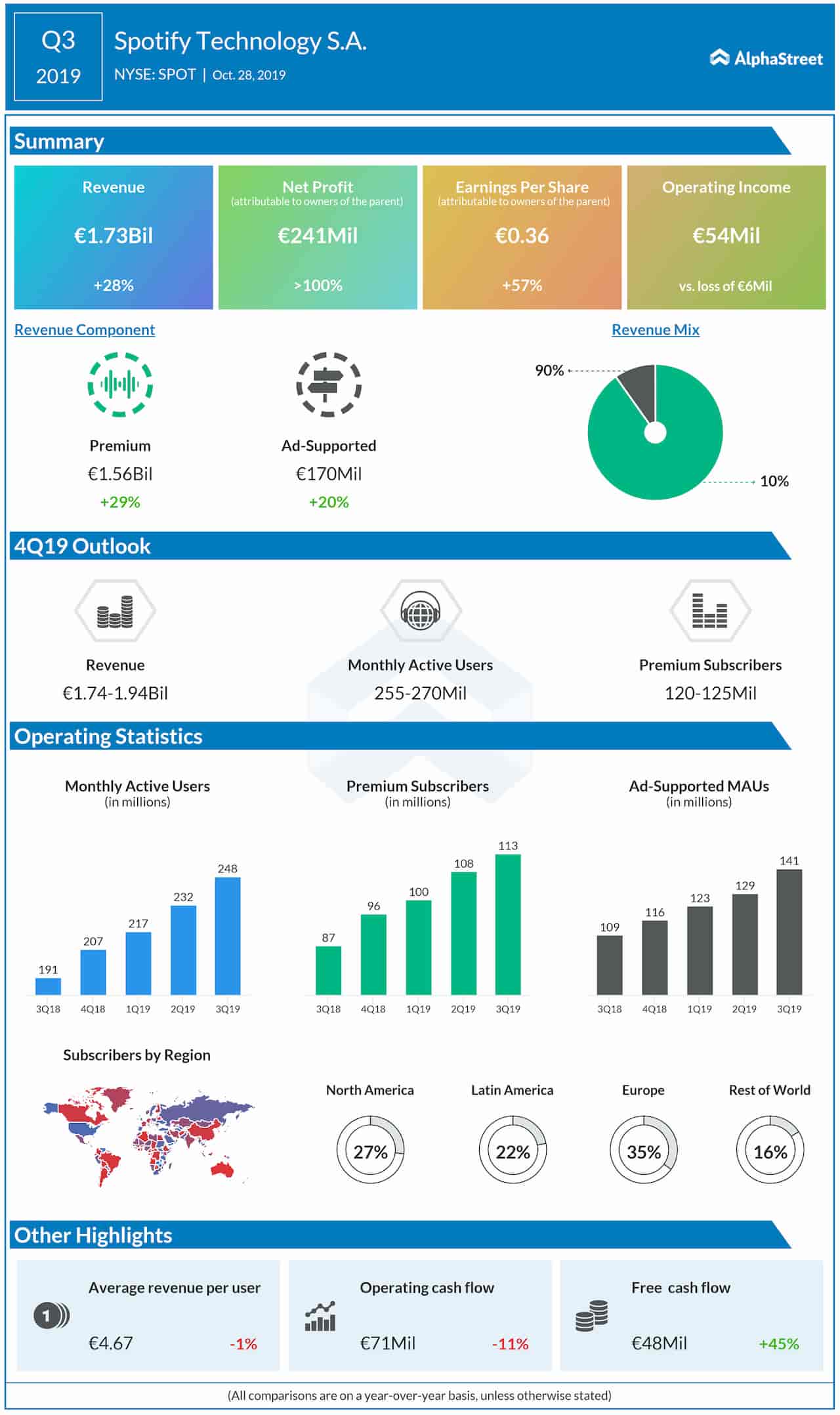 Revenues advanced to EUR 1.73 billion from EUR 1.35 billion in the third quarter of 2018. Ad-supported revenue increased by 20% to EUR 170 million. Driving the top-line growth, total monthly active users (MAUs) grew by 30% year-over-year to 248 million and came in above the high end of the company’s guidance. There were 113 million premium subscribers globally at the end of the quarter, up 31% from last year.

For the fourth quarter, the management expects the number of monthly active users to be in the range of 255 million to 270 million. The estimate for total revenues is EUR 1.74 billion – EUR 1.94 billion. The number of premium subscribers are expected to be between 120 million and 125 million. The company is looking for gross margin of 23.7-25.7% and an operating loss of EUR 31 million– EUR 131 million for the fourth quarter.

Spotify said that CFO Barry McCarthy, who played a key role in its listing and helped in establishing as a public company, will retire on January 15, 2020. Barry will be succeeded by Paul Vogel, who currently serves as vice-president of FP&A, Treasury and Investor Relations.

Related: Spotify looks bumpy in the road to growth

Spotify shares are currently trading broadly at the levels seen at the beginning of the year. The stock, which lost about 13% in the past twelve months, gained during Monday’s pre-market trading hours following the announcement.