Starbucks (NASDAQ: SBUX) reported a 13% increase in second-quarter adjusted earnings to 60 cents per share, which exceeded analysts’ expectation of 56 cents per share. The announcement sent the shares up 1.5% during after-market trading on Thursday.

SBUX shares have gained 18.7% this year, outperforming the S&P 500 index, which has increased 16.8% during the same period. 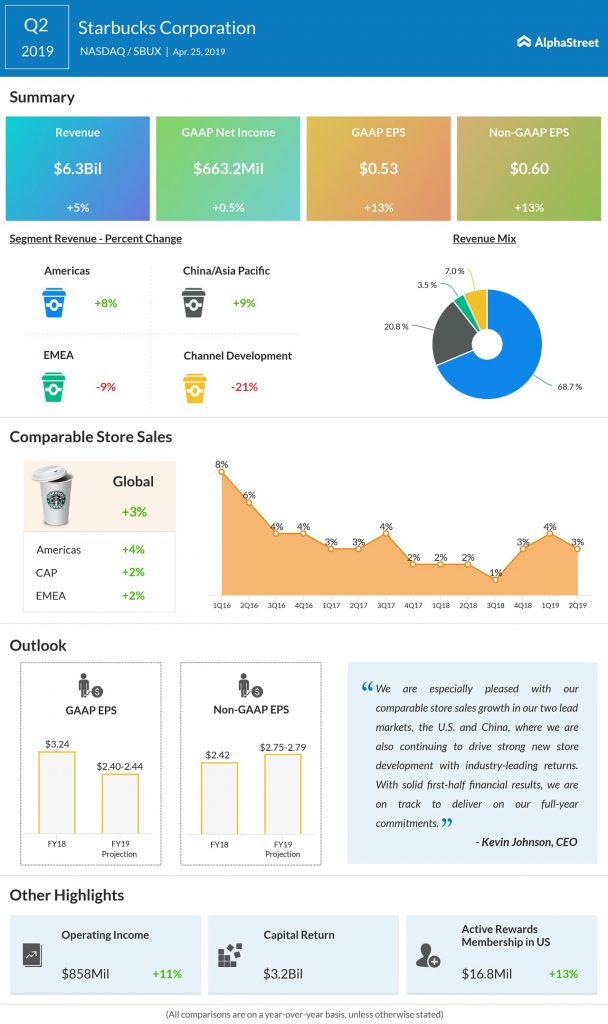 Global comparable sales rose 3%, in line with the street projection, driven by a 3% increase in average ticket.

The second-quarter earnings come at a time when the coffee company is facing tight competition in its second-largest market – China. We had earlier reported how Chinese coffee joint Luckin Coffee is offering stiff resistance to Starbucks’ growth, by offering affordable coffee on the go.

Earlier this week, Luckin filed for a US IPO, to reportedly raise up to $800 million. All this has contributed to a recent spike in short interest in SBUX stock.

Looking ahead into fiscal 2019, the company expects global comparable store sales growth between 3% and 4%. It is also aiming to open approximately 2,100 net new stores around the globe before the end of this year.

Last week, Andrew Charles of Cowen raised the price target on the coffee chain from $63 to $69. However, the new price is still at a 9% discount from the current trading price.