Take-Two Interactive Software (TTWO), the studio that brings the NBA 2K games and the hit title Grand Theft Auto, reported its third-quarter 2019 results on Feb 6 before the bell. Quarterly revenue grew to $1.25 billion, and earnings improved to $179.9 million or $1.57 per diluted share from last year’s $25.1 million or $0.21 per diluted share.

The gaming giant had beaten Street estimates in the last four quarters. Looking closely at the results, Take-Two saw the total cost of goods sold spike over three times to $898.4 million, on massive internal royalties, product costs, and rising software development costs and royalties. This was the major driver in pulling down profit for the three-month period despite the impressive results.

During the third quarter of 2019, total net bookings soared 140% to $1.57 billion, with those from recurrent consumer spending growing 31%. 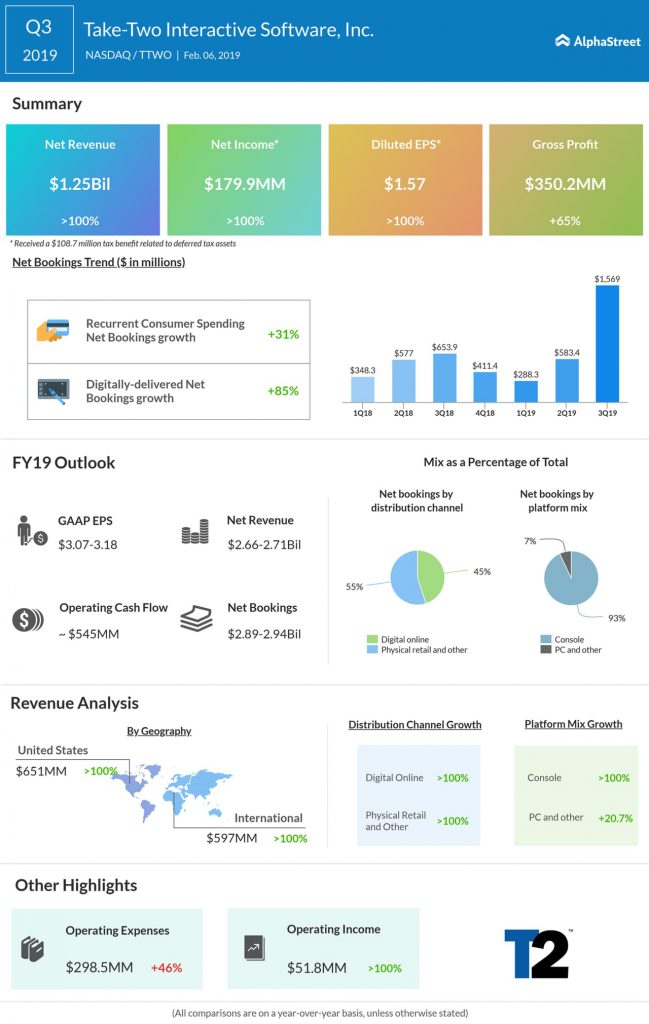 The gaming giant also bagged the rights to publish The Golf Club 2019 in the third quarter, which features PGA TOUR — a sports gaming title of which EA was earlier the sole provider.

In the quarter, Take-Two also launched Borderlands 2 VR — a new offering on its another popular title.