Tesla, Inc. (Nasdaq: TSLA) reported a wider-than-expected net loss for the first quarter of 2019 as the demand for electric vehicles continued to decline. Though revenues increased from last year, they fell short of expectations. Meanwhile, the company’s stock gained during Wednesday’s extended trading session. 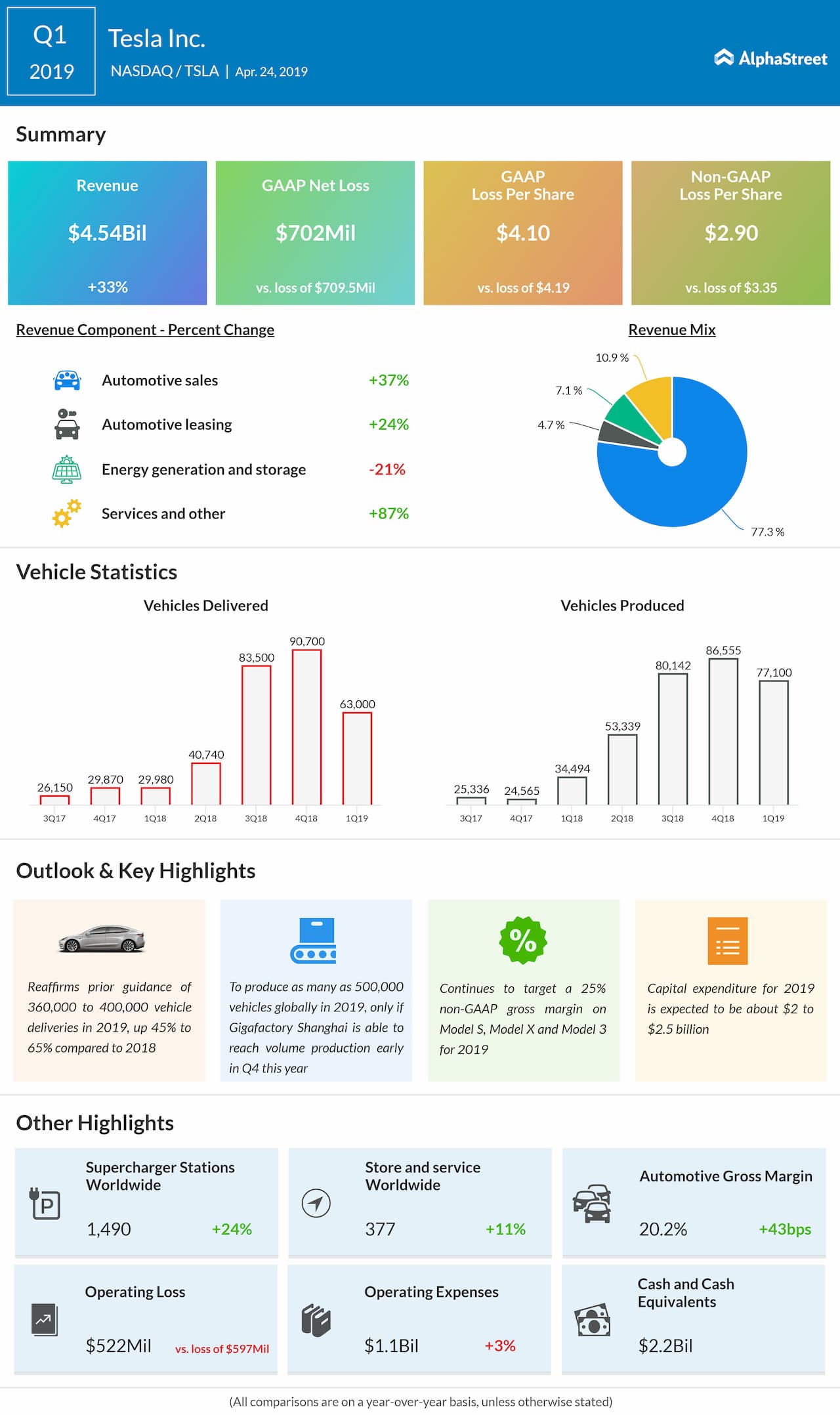 Total revenues rose 33% annually to $4.54 billion during the three-month period, helped mainly by a 37% rise in automotive sales. The top line, however, missed the market’s expectations by a wide margin.

After excluding special items, the electric car maker posted a net loss of $2.90 per share for the March quarter, which marked an improvement from the year-ago quarter when it registered a $3.35 per share loss. Analysts were looking for a narrower loss for the most recent quarter.

On an unadjusted basis, it was a net loss of $702.14 million or $4.10 per share, compared to a loss of $709.55 million or $4.19 per share in the first quarter of 2018. The bottom-line was negatively impacted by non-recurring items, including restructuring costs and the unfavorable pricing actions taken on Model S and Model X.

Tesla ended the quarter with $2.2 billion of cash and cash equivalents, representing a decline from last year owing to the repayment of debt and an increase in the number of vehicles in transit to customers at the end of the quarter. The company’s cash position has deteriorated over the years, despite CEO Elon Musk’s assurances on improving liquidity.

During the first quarter, Tesla started production and deliveries of its flagship Model 3 vehicles for overseas markets. The management reaffirmed its guidance of 360,000-400,000 vehicle deliveries in 2019, which represents a 45%-65% increase from last year. For the second quarter, the current delivery target is 90,000-100,000 units. The company continues to forecast an adjusted gross margin of 25% on Model S, Model X and Model 3 for this year. 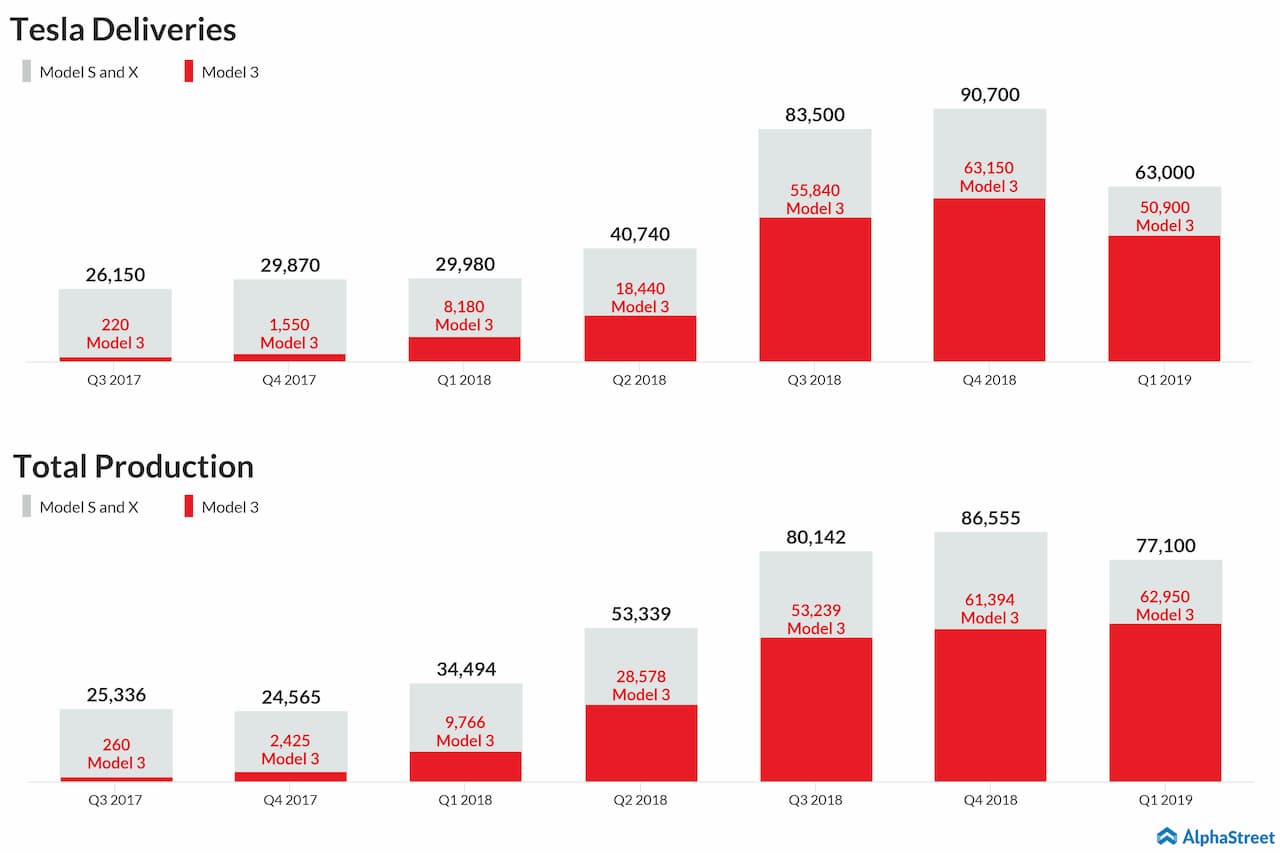 Earlier this month, the automaker reported a sequential decline in sales and production for the first quarter, in a sign that the challenging market conditions and operational headwinds are taking a toll on it. Revenues more than doubled to $7.2 billion in the fourth quarter of 2018 when the company reported earnings of $1.93 per share, compared to a loss in the year-ago period.

Tesla shares traded lower throughout Wednesday’s regular session but gained about 2% in the after-hours, following the earnings report. The stock has lost 17% so far this year and is currently trading at the lowest level in nearly two years.