Textron (TXT) shares gained 0.6% during pre-market trading on Thursday after the company reported better-than-expected fourth quarter earnings of $1.15 per share, primarily driven by a strong aviation segment. Analysts had projected 98 cents per share for the quarter. 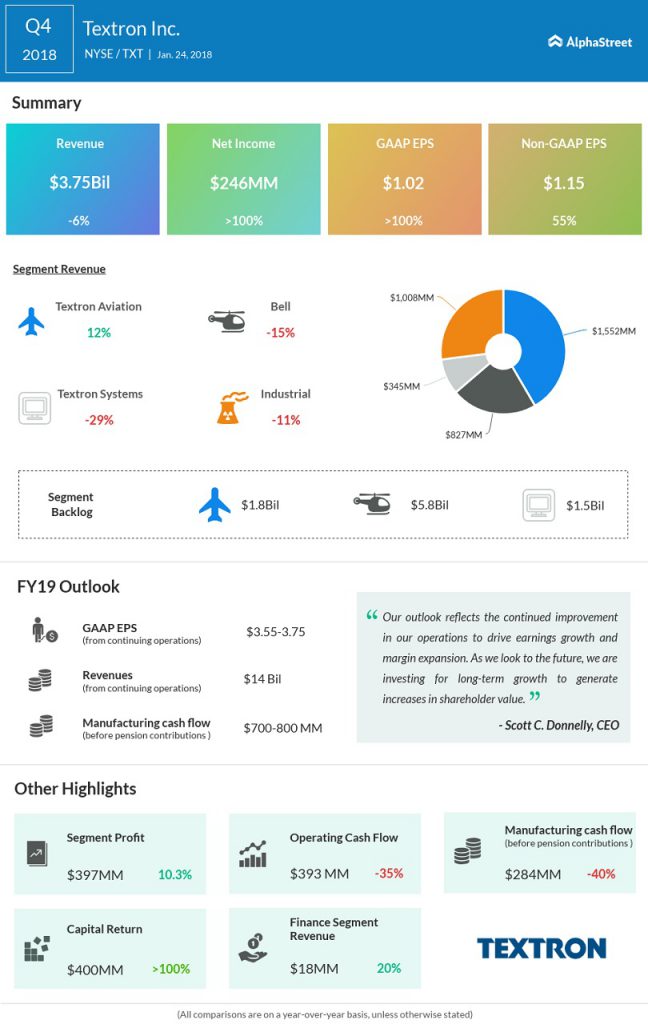 Textron shares have dived 18% in the past one year.

CEO Scott C. Donnelly said, “We had strong execution in both the quarter and full year with significant margin improvements at Aviation, Bell, and Systems. We were also encouraged by the continued strength in new aircraft demand at Aviation.”

For 2019, Textron is forecasting revenues of about $14 billion, about flat with last year. Textron expects full-year 2019 EPS from continuing operations in the range of $3.55 to $3.75.