Tilray (TLRY) reported a wider loss in the fourth quarter due to higher operating costs and expenses. For surviving the rising competition in the industry, the Canadian marijuana firm has resorted to taking capital investments into production capacity expansion. This has led to an increase in costs. The bottom line missed analysts’ expectations while the top line exceeded consensus estimates

The unadjusted net loss was $31 million or $0.33 per share, wider than the previous year’s loss of $3 million or $0.04 per share. The latest quarter loss included non-cash stock-based compensation charges of $4.1 million compared to $34,000 in the prior year period.

An increase in operating expenses related to growth initiatives, expansion of international teams and costs related to financings and M&A activities hurt the bottom line results. 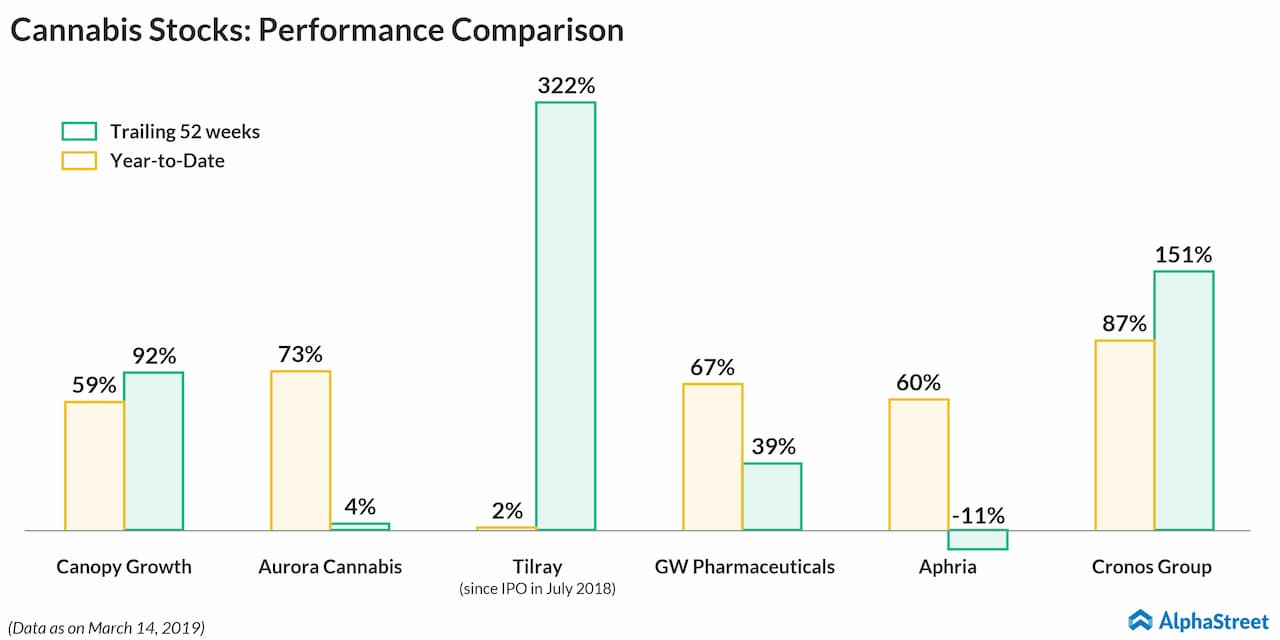 Total kilogram equivalents sold increased almost three-fold to 2,053 kilograms from 694 kilograms in the prior year period. Average net selling price per gram increased to $7.52 from $7.13 a year ago.

During the fourth quarter, the company has been busy in M&A activities by adding three companies under its hood. Those include hemp and natural foods producer Manitoba Harvest; Natura Naturals Holdings, a licensed cannabis cultivation facility in Leamington, Ontario; and licensed cannabis company Alef Biotechnology.

Tilray has completed a successful harvest of medical cannabis at its European Union campus in Portugal and expects multiple harvests in the coming months. Also, the company has been examining the effects of cannabis on driving and cognitive function after partnering with researchers at the Lambert Initiative for Cannabinoid Therapeutics at the University of Sydney in a study.

Aphria’s (NYSE: APHA) revenue for the second quarter jumped by 63% on initial sales to Canadian adult-use market as well as continued sales of medical cannabis to existing and new patients. After the completion of C$2.4 billion strategic growth investment from Altria Group (NYSE: MO), Cronos Group Inc. (NASDAQ: CRON), which is set to post fourth-quarter results on March 26, could be the main focus of the investors.

Shares of Tilray ended Monday’s regular session down 0.36% at $72.24 on the Nasdaq. Following the earnings release, the stock inched up over 2% in the after-market session.