Sports apparel giant Under Armour (UAA) released its financial results for the fourth quarter of 2018 on Feb. 12, before the opening bell. For the reporting period, revenue inched up 2% to $1.4 billion, generating net income of $4 million or $0.01 a share. Adjusted net income was $42 million or $0.09 per share.

Over the last few weeks, analysts have maintained their estimates for the sports apparel retailer, with revenues projected to gain modestly year-over-year to $1.38 billion. The company, which recorded nil profit in the prior-year quarter, was expected to earn $0.04 per share this time. 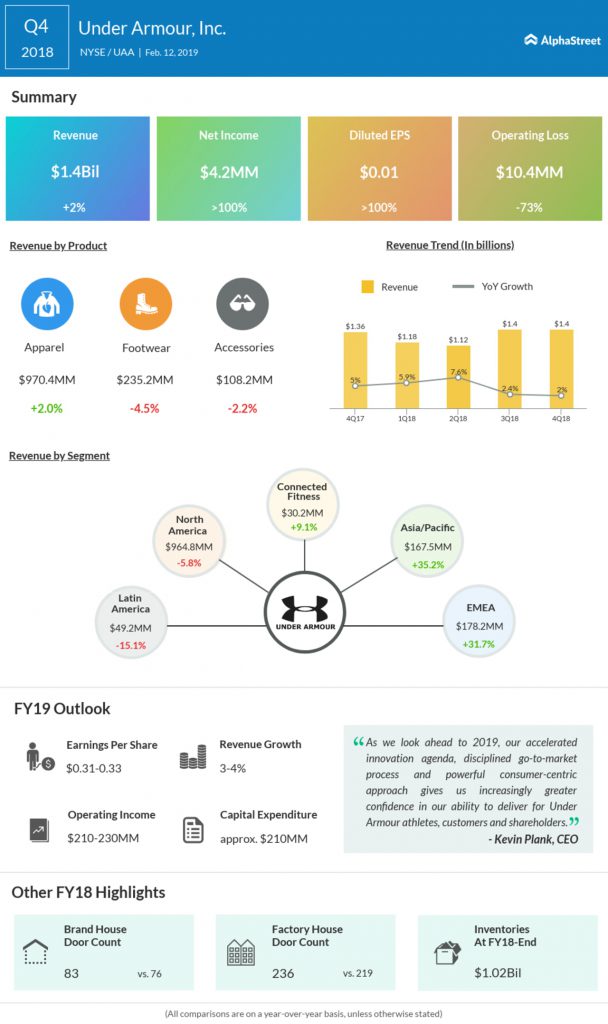 For the full year 2018, Under Armour recognized $204 million in pre-tax charges, including $50 million in the fourth quarter.

Despite many investors hoping for an upgrade, Under Armour reiterated its previous 2019 guidance that it announced back in December 2018.

Revenue is expected to grow 3-4% on flat North America and weaker international businesses. Gross margin is estimated to improve 60-80 basis points from 2018 adjusted margin. Operating income is touted to be between $210 million and $230 million.