United Airlines parent United Continental Holdings (UAL) has been having a good run so far, but the slowing trend in aviation might finally catch up to the company. All eyes are on the fourth quarter results that are expected to be announced before the market opens on Tuesday, Jan. 15.

The market expects earnings of $1.98 per share on revenue of $10.37 billion for the quarter.

With reports flooding in that the aviation sector failing to capitalize on the falling gasoline prices, shareholder sentiment had tanked recently. 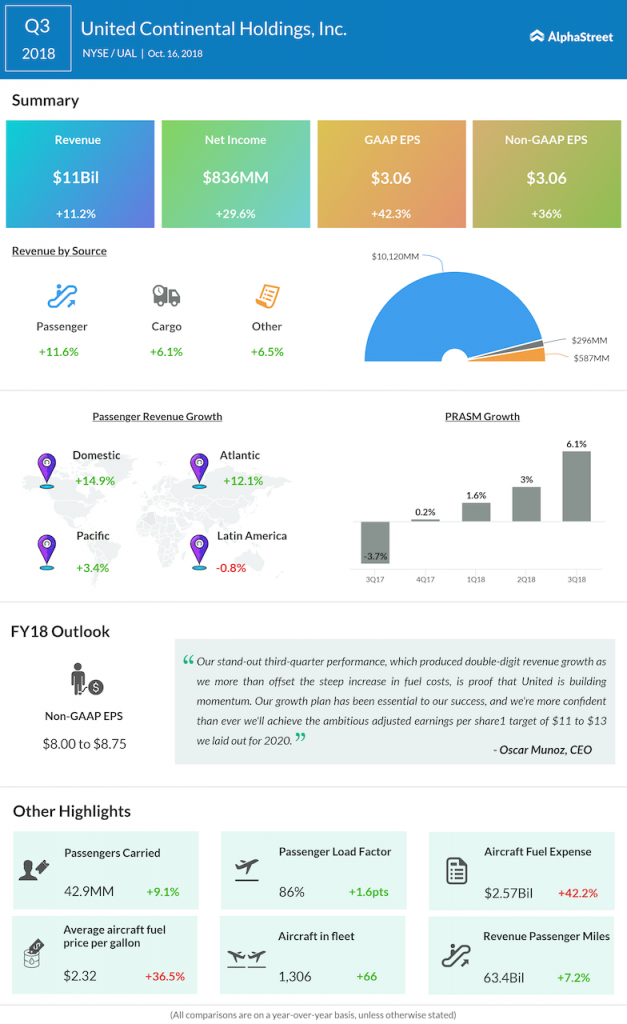 In the previously reported third quarter, the United Airlines parent recorded a 30% jump in earnings helped by double-digit revenue growth despite a steep rise in fuel costs. The top line was above analysts’ expectations pushing the stock 4% then, even as the bottom line missed consensus estimates.