This is the first bold move by under Chief Executive Officer Hans Vestberg, who was named to the post on Aug. 1, who is strafing away from the rigid difference between wireless and wireline offerings, and adding Fios internet and video products. 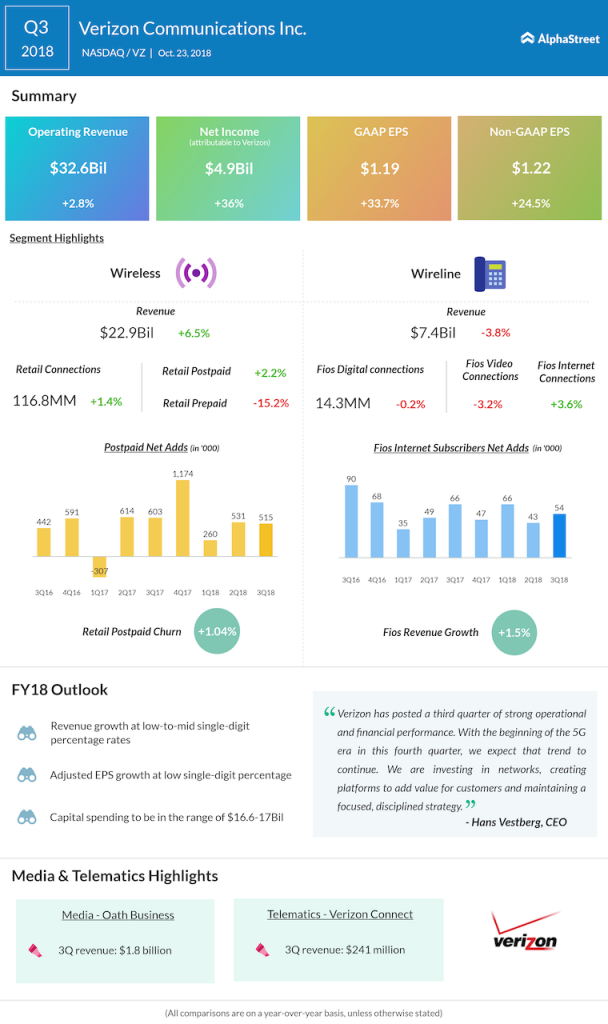 Verizon Media Group/Oath segment includes media, advertising and technology, and be led by Oath CEO Guru Gowrappan, which brings Yahoo and AOL under him.

Verizon Consumer Group includes the consumer segment of wireless and wireline businesses, and will be led by Verizon Wireless president Ronan Dunne.

Verizon Business Group includes products and services sold to businesses/government, and will be headed by Tami Erwin — the current executive VP of wireless operations.

The new units will come to effect on the 1st of January, 2019, Verizon said it plans to report its results under the new structure from the second quarter of 2019.