Will the BB&T-SunTrust merger pave the way for more deals?

BB&T Corporation (BBT) and SunTrust Banks Inc. (STI) have agreed to join together in an all-stock merger of equals valued at approx. $66 billion. The merger is expected to close in the fourth quarter of 2019, subject to approvals and conditions.

The combined entity will become the sixth largest bank in the US in terms of assets and deposits, and will have around $442 billion in assets, $301 billion in loans and $324 billion in deposits. The combined company will operate under a new name and brand, and will be headquartered in Charlotte, North Carolina. The transaction is expected to deliver around $1.6 billion in annual net cost synergies by 2022. 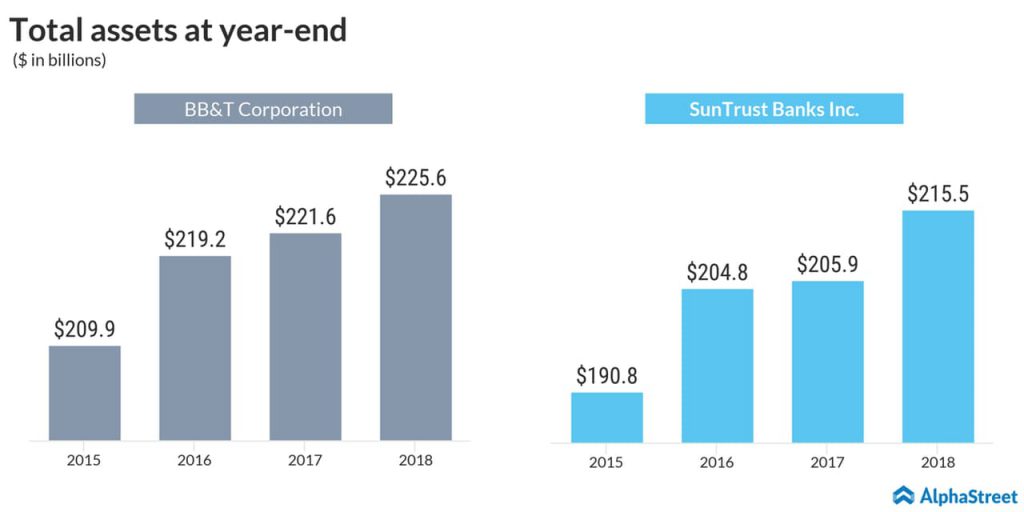 The merger is the biggest one to take place since the financial crisis in 2008, and several analysts believe more consolidation can be expected in the banking sector soon. Currently, the top three banks in terms of assets are JPMorgan Chase (JPM), Bank of America (BAC) and Citigroup (C). Other smaller players will need to join forces to catch up with them.

Moreover, investments in areas like technology can lead to higher expenses and forming collaborations with peers can help lower costs. Shares of BB&T were up 2.6% in afternoon trade while SunTrust’s stock soared at 8.8%.

We’re on Apple News! Follow us to receive the latest stock market, earnings and financial news at your fingertips.