Yum! Brands (YUM) said its revenue for the fourth quarter fell 1% to $1.56 billion, falling short of the projection of $1.59 billion set by analysts. On an adjusted basis, the KFC-parent earned 40 cents per share, less than half of 97 cents per share that the street had expected.

YUM shares fell 1.6% during pre-market trading. The stock has gained 18% in the past 52 weeks and is currently trading near an all-time high. 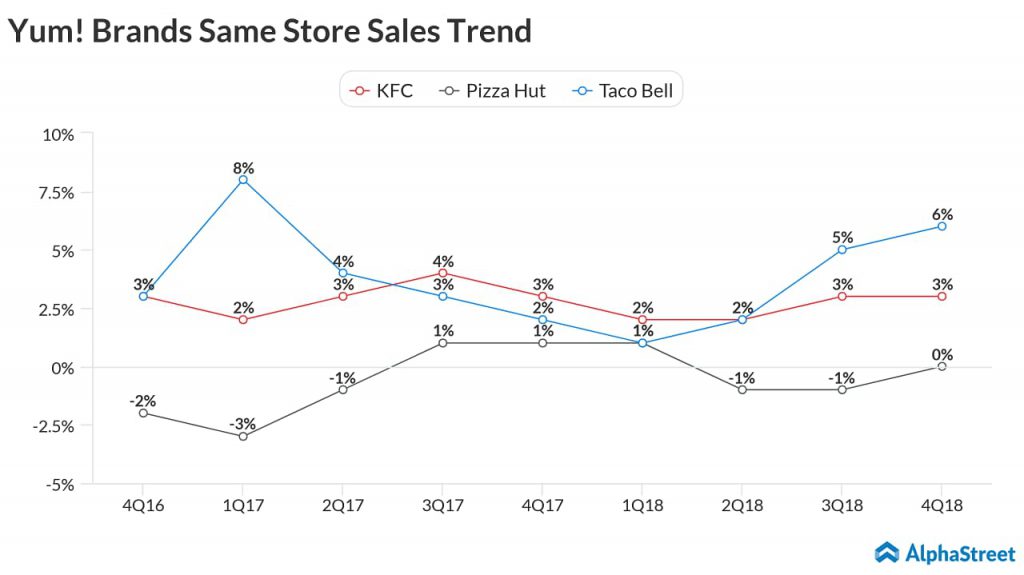 On the same-store sales front, meanwhile, the company managed to impress with a 3% growth worldwide. Taco Bell was the best performer with a 6% growth, which was followed by KFC with a modest 3% increase. Same-store sales at the Pizza Hut division was flat during the quarter.

CEO Greg Creed said, “Combined across our brands and led by over 2,000 world-class franchisees, we opened a record 8 gross new restaurants per day across the globe in 2018. As we move into 2019, we will continue to pursue even more growth, leverage our unprecedented scale, and maximize value for all Yum! stakeholders.” 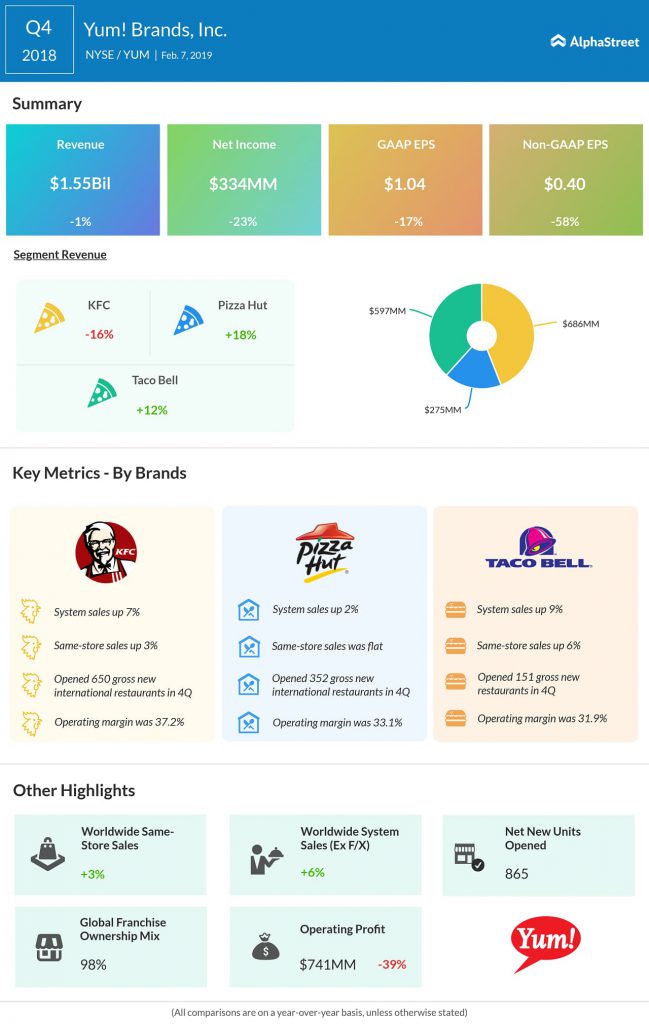 Through its refranchising program launched in 2016, the company has been aiming at achieving better sales growth. It needs to be noted that the company-owned stores have witnessed a slump in sales in the recent quarters.

Last month, the company appointed David Gibbs as its new president and chief operating officer as part of bringing innovation to the operations.