Advanced Micro Devices (NASDAQ: AMD) reported a 70% dip in earnings for the second quarter of 2019 due to lower revenue and higher operating expenses. The bottom line came in line with the analysts’ expectations while the top line exceeded consensus estimates.

Revenue dropped by 23% to $1.53 billion. The results were hurt by lower graphics channel sales in the Computing and Graphics segment and lower semi-custom product revenue in Enterprise, Embedded, and Semi-Custom segment. 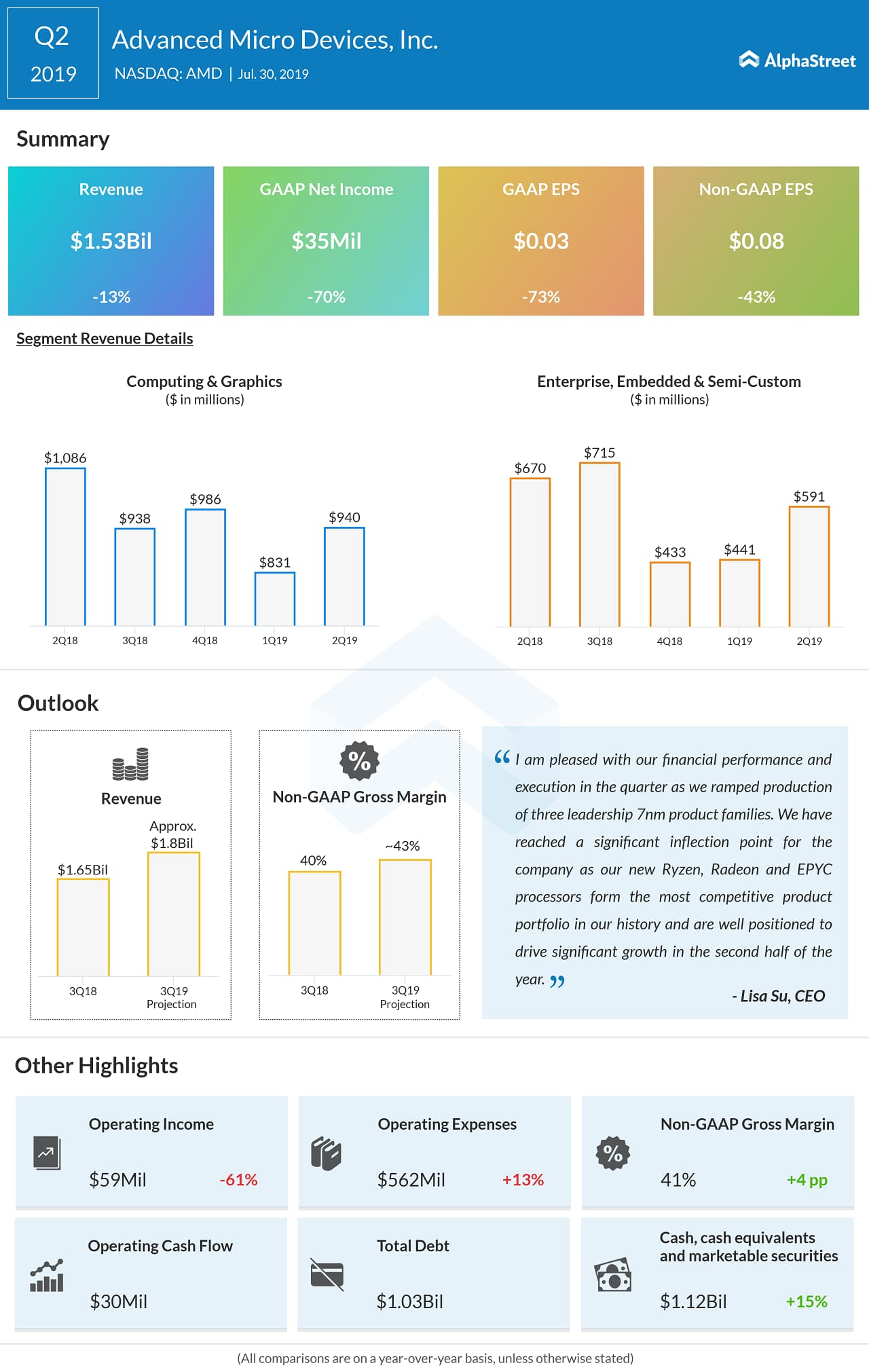 For the full year 2019, AMD now expects revenue to increase a mid-single-digit percent over 2018 driven by significant sales growth of its new Ryzen, EPYC, and Radeon processors, partially offset by lower than expected semi-custom revenue. Revenue excluding semi-custom is expected to grow about 20% year-over-year. AMD expects non-GAAP gross margin to be about 42% for 2019.

In contrast, the company has sufficient cash and marketable securities in the hand of $1.13 billion. The current assets showed an increase helped by higher accounts receivable and inventories, while current liabilities declined on lower accounts payable and a decline in accrued liabilities.

As a market share leader in microprocessors, Intel (NASDAQ: INTC) remained as the main hurdle for AMD, which has been facing aggressive pricing from its competitors. Intel, which has substantially greater financial resources, spends more on marketing and research and development than AMD. This has hurt AMD’s prices and margins. During last week, Intel reported better-than-expected earnings and revenue for the second quarter.

Shares of AMD ended Tuesday’s regular session up 1.16% at $33.87 on the Nasdaq. Following the earnings release, the stock declined over 4% in the after-market session.