Amazon is scheduled to publish fourth-quarter results on February 2, 2023, after the regular trading ends

Amazon.com, Inc. (NASDAQ: AMZN) had a weak holiday season, thanks to the challenging macroeconomic environment and elevated inflation. For most large-cap tech stocks, including Alphabet Inc. (NASDAQ: GOOGL) and Meta Platforms, Inc. (NASDAQ: META), 2022 was a taxing year when they suffered big losses. Amazon seems to have entered a weak phase as the COVID-induced online shopping boom subsides.

Shrugging off a prolonged slump, meanwhile, the Seattle-headquartered eCommerce behemoth’s stock started the new year on a positive note and has maintained the uptrend since then. Last year, the value more than halved and the shares slipped to a multi-year low, in a downturn that is probably the worst in the company’s history.

Being a diversified global player that has dominated the eCommerce space for many years, Amazon has the potential to navigate through the challenges and create strong shareholder value in the long term. The majority of analysts are bullish on the long-term prospects of the stock, which looks poised to regain the lost strength by 2023-end. What it means is that prospective investors might not get an opportunity to own the stock cheaper in the near future.

Meanwhile, low margins and slowing sales would continue to weigh on the company’s finances. The core retail business and the cloud division will likely experience softness this year due to the unfavorable macro environment. The company keeps innovating in all areas of the business, leveraging its technological prowess. The unmatched global reach and aggressive pricing strategy give it an edge over others.

The current slowdown mainly reflects the shift in consumer behavior after the market reopening – people have once again started shopping in stores now, unlike in the pandemic era when they cut down on non-essential items and spent more on online platforms like Amazon.  Recently, Amazon announced a major layoff that could affect as many as 10,000 employees. The market will be closely following its fourth-quarter report that is due for release in early February. 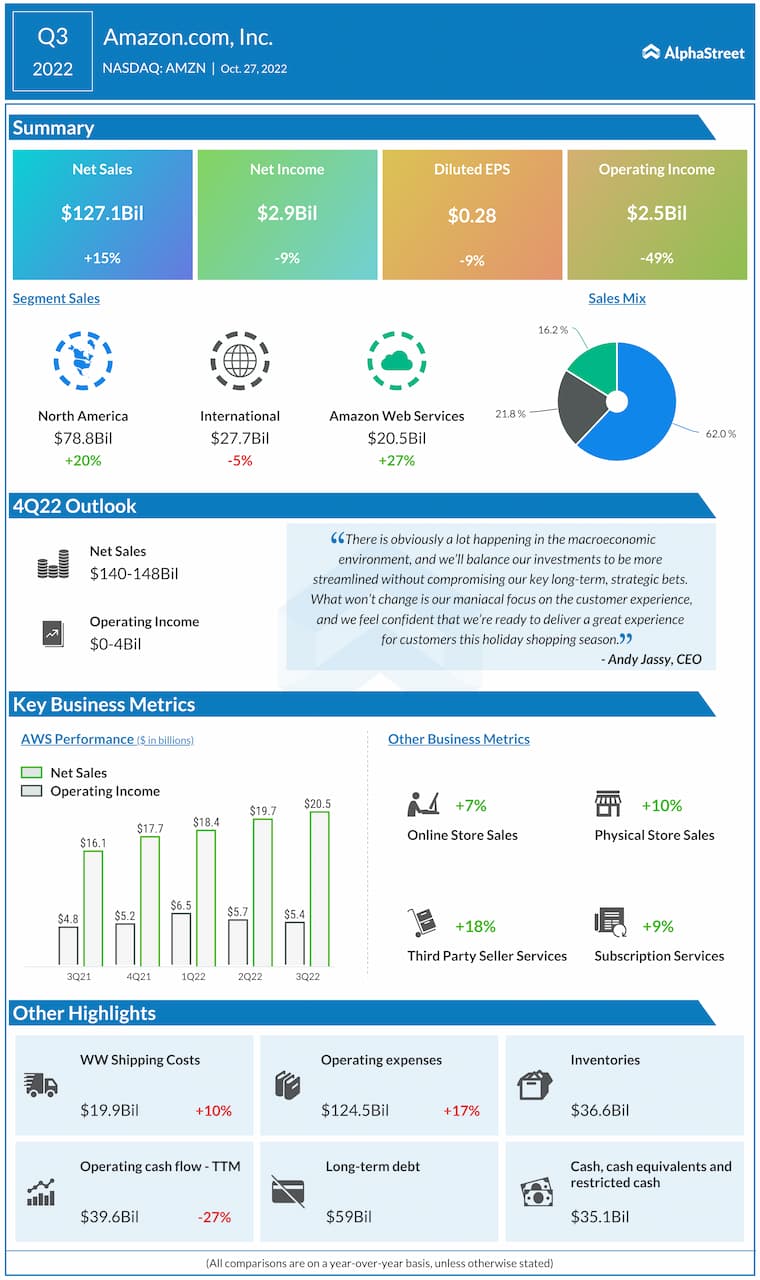 It is estimated that revenue growth decelerated in the December quarter, causing a decline in net profit. Market watchers predict earnings of $0.19 per share on revenues of around $145 billion for the fourth quarter, which is slightly below the management’s guidance. When it comes to top line performance, an uptick in the cloud business is being offset by a slowdown in the international business, lately.

What does the new year hold for the automotive industry

“We continue to ramp up our investments in AWS, adding product builders and sales and professional services headcount to help customers save money, invent more quickly in their businesses, and transition to the cloud. We’re also continuing to invest in new infrastructure to meet capacity needs, expanding to new geographic regions, developing new services, and iterating quickly to enhance existing services,” said Amazon’s CFO Brian Olsavsky during a recent interaction with analysts.

The bottom line returned to positive territory in the September quarter, after two consecutive losses that marked the company’s worst performance in nearly a decade. At $127 billion, revenues were up 15% but came in below the market’s projection.

Continuing the recent recovery, AMZN traded higher this week and stayed slightly above $95 on Thursday. However, it continued below the 52-week average.