The world’s largest airline by fleet size is expected to report a 2.6% growth in revenue to $10.67 billion during the quarter, when operations were marred by the grounding of Boeing 737 Max jets following the crash of Ethiopian Airlines Flight 302 over Addis Ababa. The grounding had forced American Airlines to cancel as many as 1,200 flights during the first quarter.

Earlier this month, the company had slashed its projection on total revenue per available seat mile (TRASM) to 0-1%.  Previously, Q1 TRASM was projected at flat to 2%.

The Fort Worth, Texas-based firm also cut down its guidance on consolidated cost per available seat mile to approximately 3%.

Separately, the price of jet fuel increased over 30% in the first quarter, which is expected to weigh on the profits. 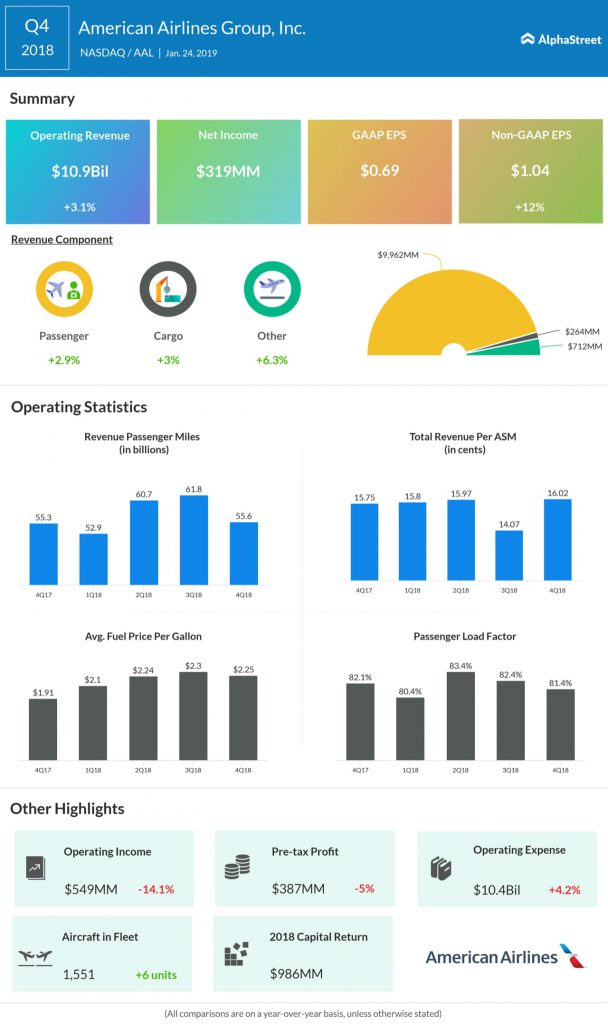 On the flip side, AAL bulls are pinning their hopes on the company’s impressive history of beating street estimates. The airline also reportedly witnessed a decent growth in traffic since March, which could offset some of the aforementioned headwinds.

AAL shares have gained 5.2% since the beginning of this year. The stock has a 12-month average price target of $45.57, suggesting a 33% upside from the last close.

Earlier this week, Southwest Airlines reported earnings that surpassed market estimates, though the market wasn’t impressed with the results. Last week, United Continental Holdings, the parent of United Airlines, beat consensus earnings target, while its revenue came in line with the estimates.