Boeing Co (BA) announced that in October, the aircraft maker delivered 43 737 single-aisle aircraft. The growing jet market fueled a year of record deliveries, with the monthly number up from the 37 deliveries a year ago.

For the first ten months of the year, Boeing has now delivered 625 aircraft, vs. 610 a year ago. Considering all deliveries, Boeing delivered 57, up from 56 last year. 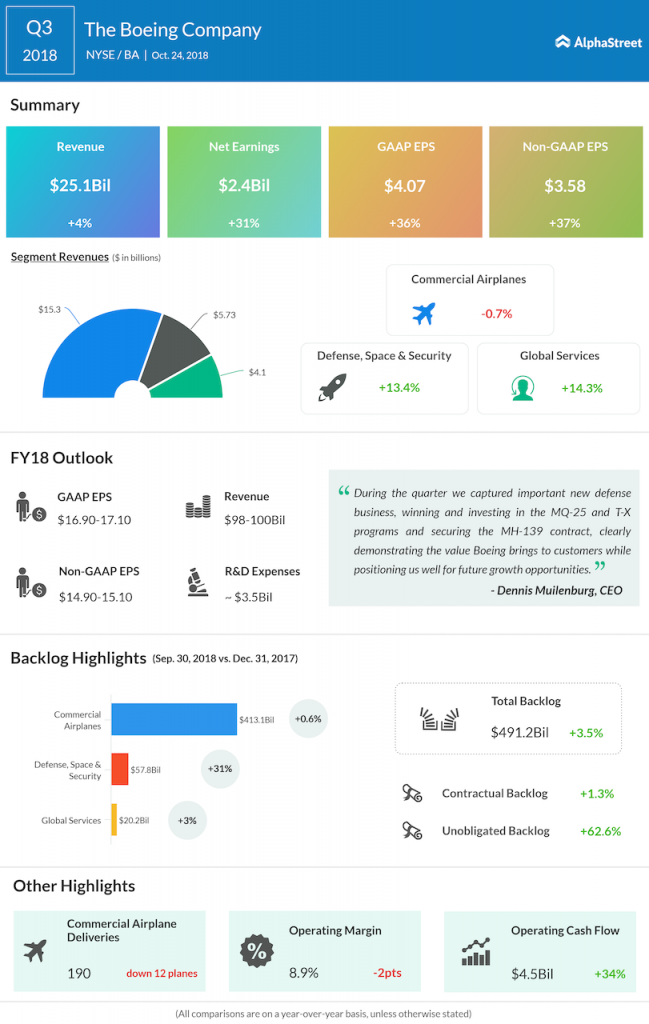 Last month, Boeing posted a 31% jump in earnings for the third quarter helped by the strong operating performance at Commercial Airplanes and a tax benefit related to the tax settlement. The top and bottom line came in above analysts’ expectations. New aircraft orders shot up steadily on strong travel demand and improving load factors.

Back in September, the US Air Force selected Boeing (BA) for the T-X pilot training program valued up to $9.2 billion. Under the program, the Air Force plans to initially procure 351 jets, 46 simulators and related ground equipment, and up to a total of 475 jets and 120 simulators.