Beyond Meat, Inc. (NASDAQ: BYND) on Wednesday reported a wider loss for the third quarter of 2021, despite a double-digit increase in revenues. The results missed Wall Street’s forecast. 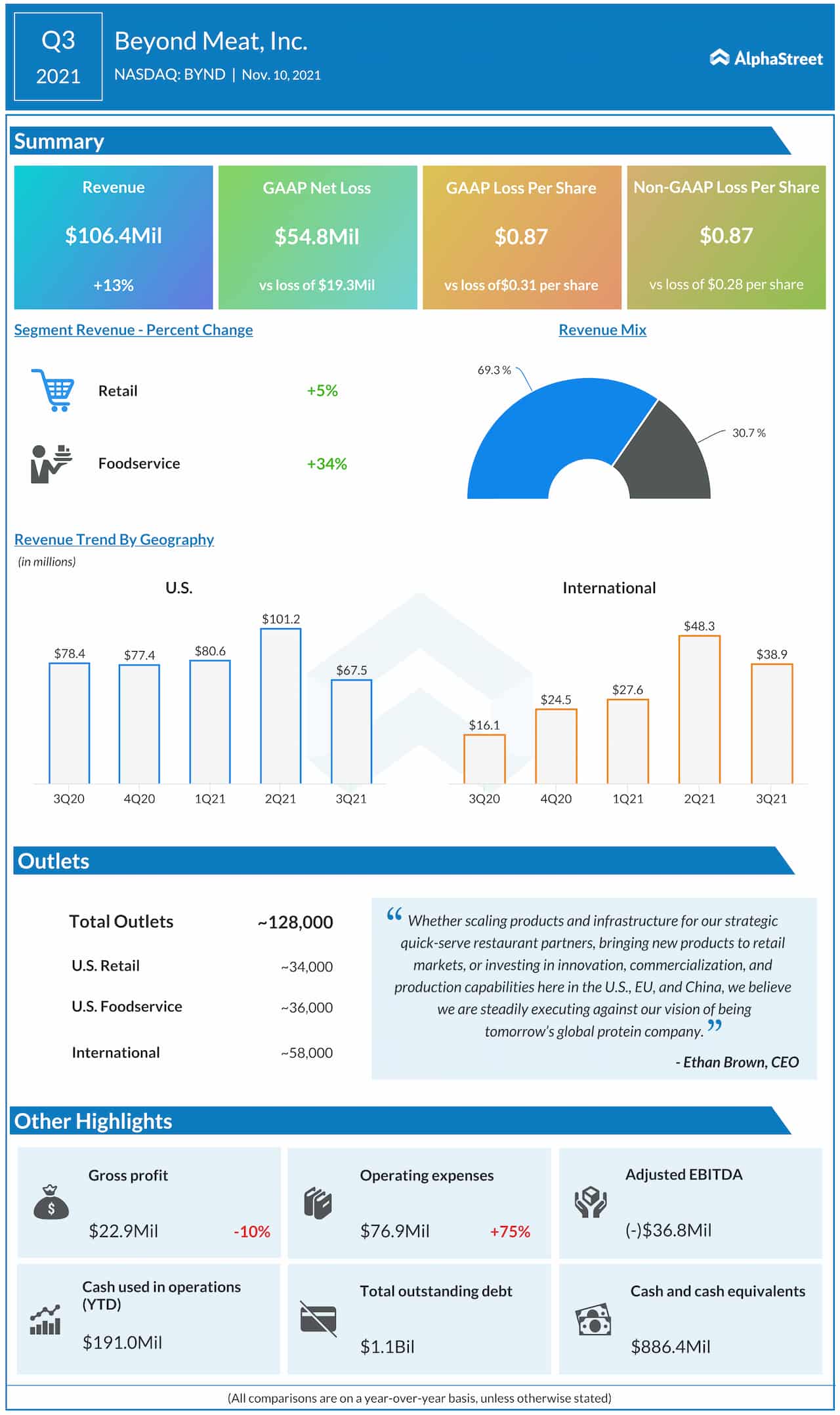 The El Segundo-based company, a pioneer in plant-based meat substitutes, reported a loss of $0.87 per share for the September quarter, on an adjusted basis, which is wider than last year’s loss of $0.28 per share. Analysts were looking for a smaller loss for the latest quarter. 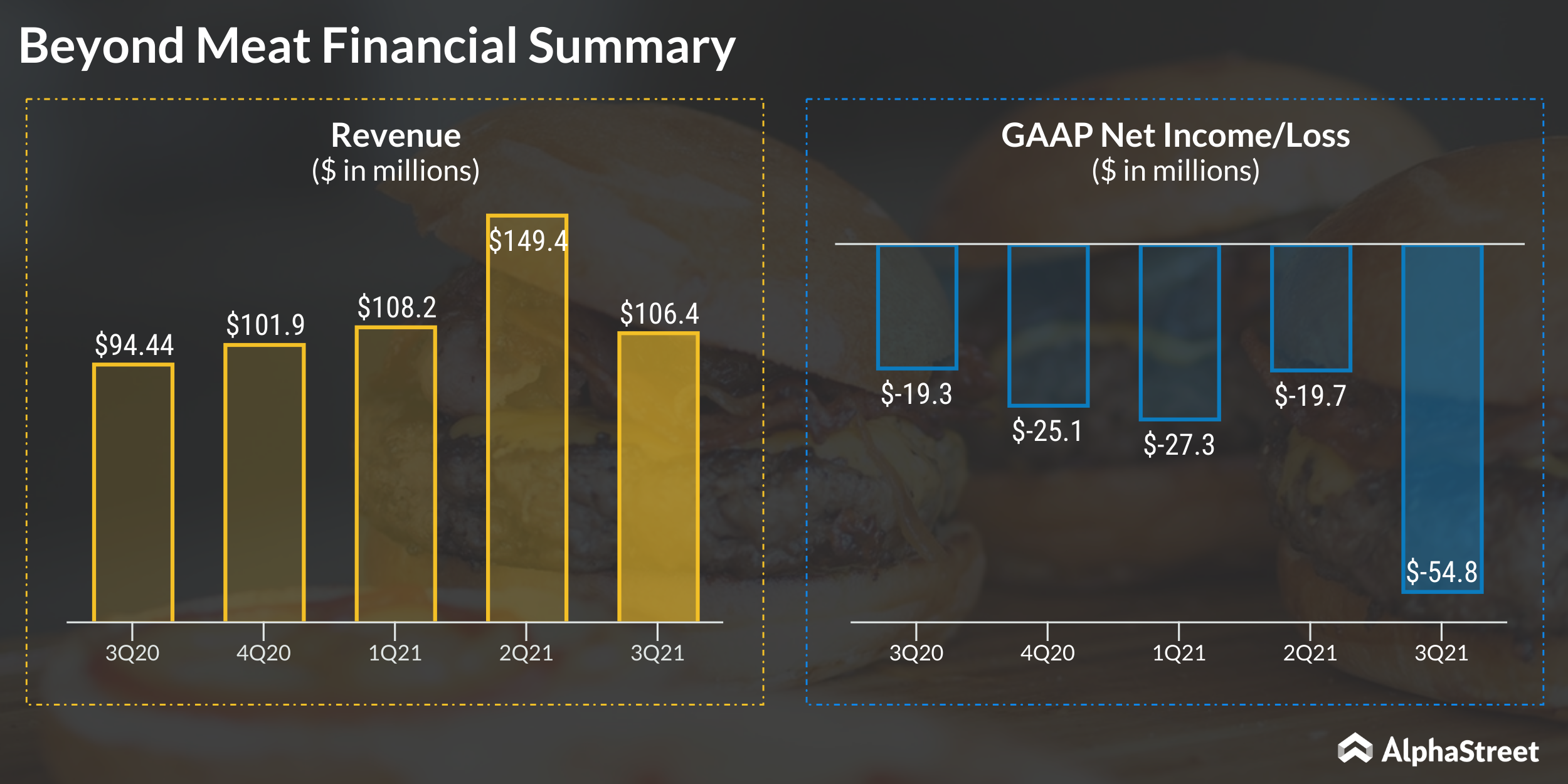 “Our third-quarter results reflect variability as we saw a decline from record net revenues just a quarter ago. Despite current disruptions, we remain focused on rapidly advancing key building blocks of long-term growth,” said Ethan Brown, chief executive officer of Beyond Meat.

Beyond Meat’s stock lost around 19% since the beginning of 2021. The shares closed Wednesday’s session lower and dropped further in after-hours trading, following the announcement.