Net income fell 10% to $494 million and earnings declined 7% to $0.71 per share. Excluding unrealized gains and losses on fuel derivatives and other net charges, earnings grew 11.1% to $0.70 per share. Meanwhile, revenue increased 5% to $4.5 billion due to higher demand. 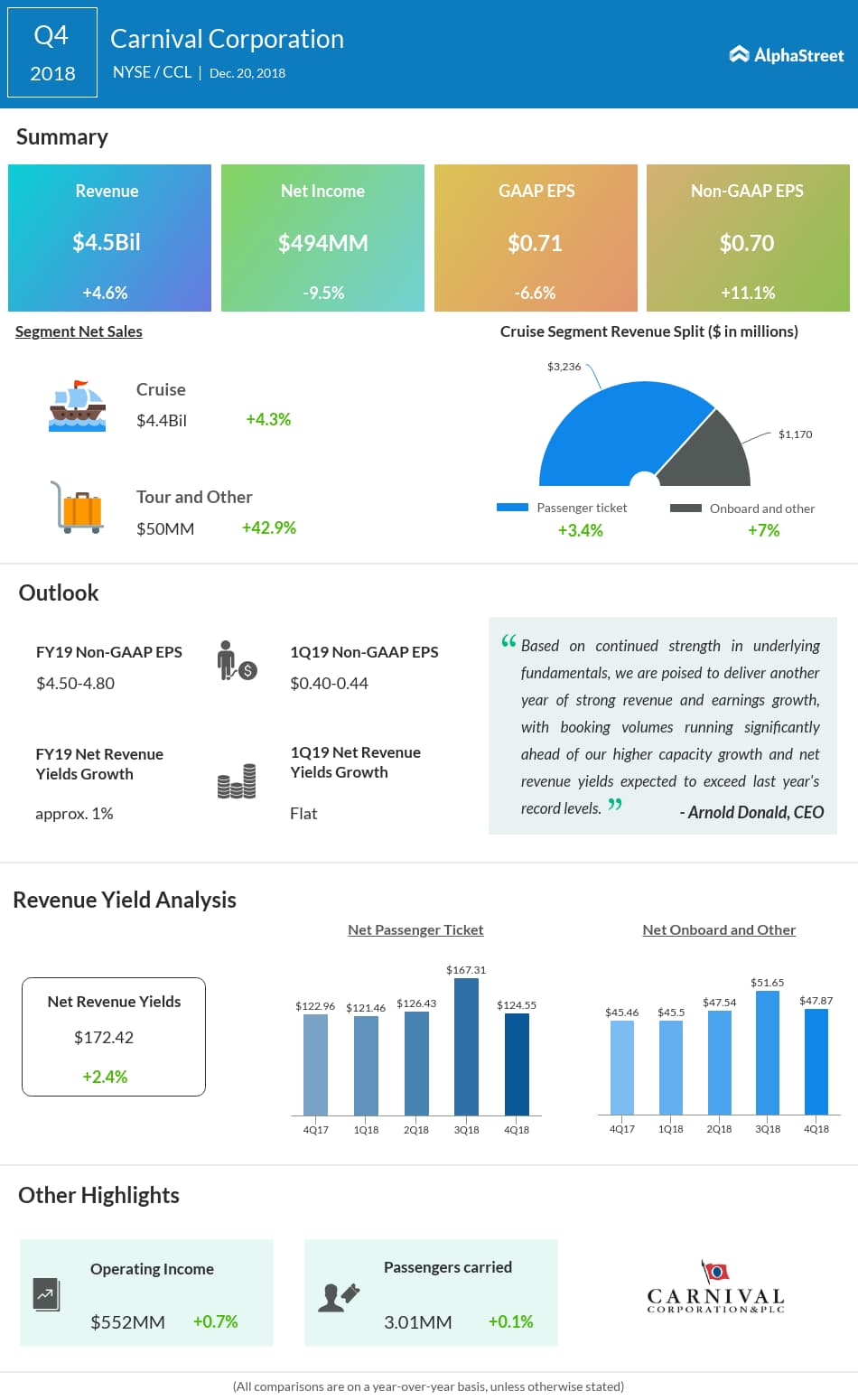 Looking ahead into the first quarter, Carnival expects constant currency net revenue yields to be flat with the prior year. Changes in fuel prices and changes in currency exchange rates are expected to decrease earnings by $0.03 per share. Adjusted EPS is predicted to be $0.40 to $0.44. Net cruise costs excluding fuel per ALBD are expected to increase by about 2%.

For the fiscal year 2019, the company expects net revenue yields in constant currency to be up about 1% compared to the previous year. Constant currency net cruise revenues are predicted to be up about 5.5%, with capacity growth of 4.6%. Changes in fuel prices and currency exchange rates are expected to lift earnings by $0.14 per share. Adjusted earnings are anticipated to be in the range of $4.50 to $4.80 per share.

For the fourth quarter, gross revenue yields rose 1.9% while net revenue yields, in constant currency, grew 3.7%. Passenger ticket revenues grew 3.4% to $3.24 billion while Onboard and other revenues climbed 7% to $1.17 billion. The occupancy percentage increased to 104.5% from 103.6% last year.

The cruise operator remained committed to the continued distribution of cash to shareholders through increasing dividends, currently totaling $1.4 billion annually, and opportunistic share repurchases, which have reached $4.6 billion since late 2015.

Shares of Carnival opened lower on Thursday and is trading in the red territory. The stock has fallen over 22% in the year so far and over 24% in the past year.