Take-Two Interactive Software (Nasdaq: TTWO) is preparing for another quarterly report after a blockbuster season of robust revenue and booking growth. The company, which holds the rights to hit games like NBA 2K17and Grand Theft Auto, typically comes out with impressive results that beat estimates. And, it is likely to maintain the trend this time.

The market is looking for a moderate year-over-year increase in the game developer’s fourth-quarter earnings to $0.75 per share on revenues of $506.46 million, which represents a 23% increase. The company has outperformed its peers in terms of earnings growth, clocking a growth rate of more than 90% over the last year.

The gaming major is likely attracting more users ever since it launched the feature-rich expansion pack Gathering Storm for Civilization VI, in February. Now, players will tend to spend more time on the game, given the extensive makeover it received. 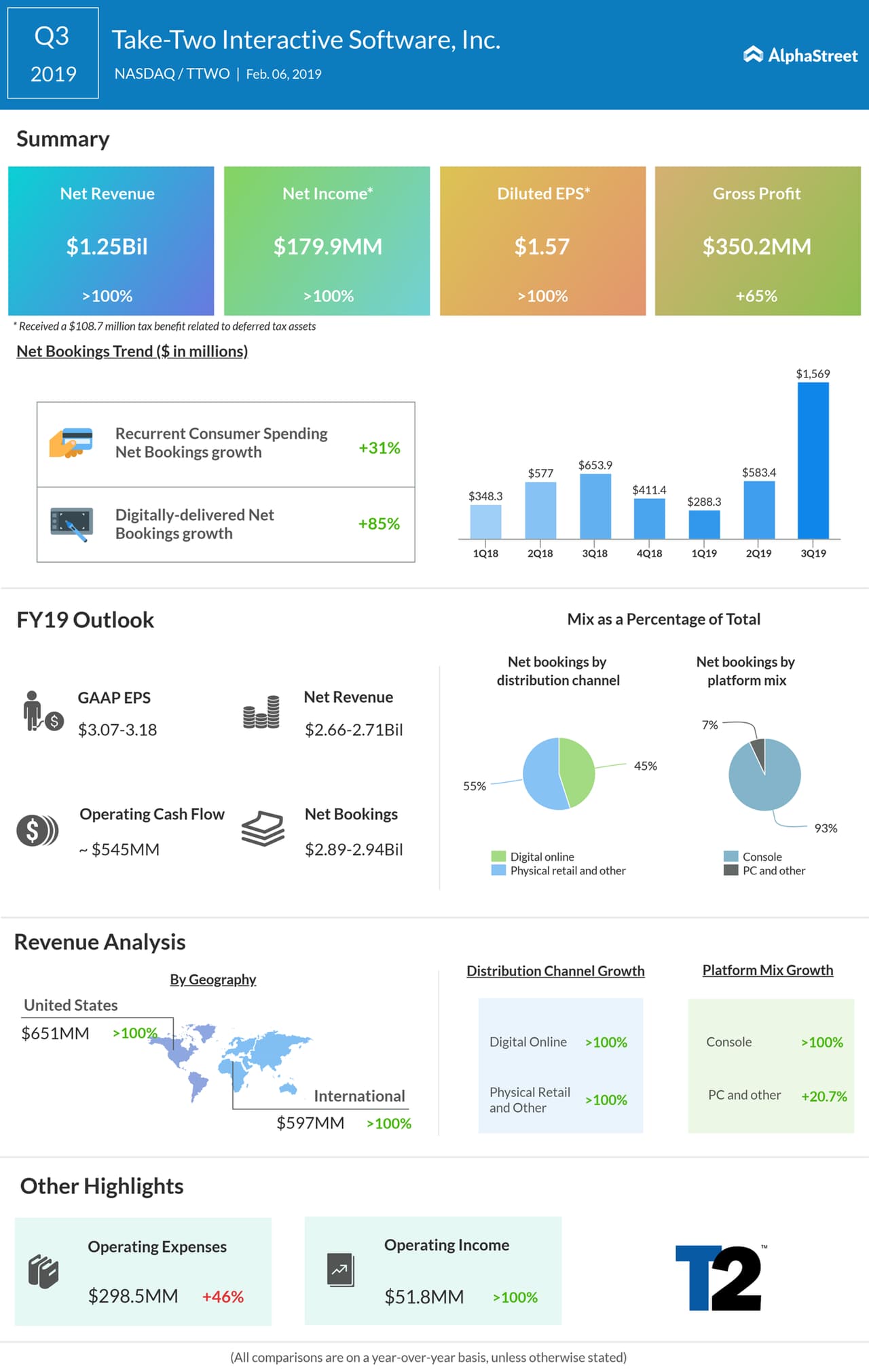 Take-Two Interactive might be headed for more game-changing releases in the near future, in the lines of Red Dead Redemption 2 that took its market value to a new high after being released a few years ago in association with developer Rockstar Games.

WWE 2K19, the main revenue spinner in the previous quarter, is expected to do the magic once again, on the strength of the Rising Stars pack. The other recent releases being monetized by the company are the New Moves pack and Borderlands 2 VR. Their contributions will add to the top line in the fourth quarter.

As far as the negative factors are concerned, the steady increase in expenses, especially those related to production, software development and royalties, and high selling costs continue to put pressure on margins. Also, costs associated with partnership deals, such as the renewal of the tie-up with National Basketball Association (NBA), might weigh down on the bottom line. 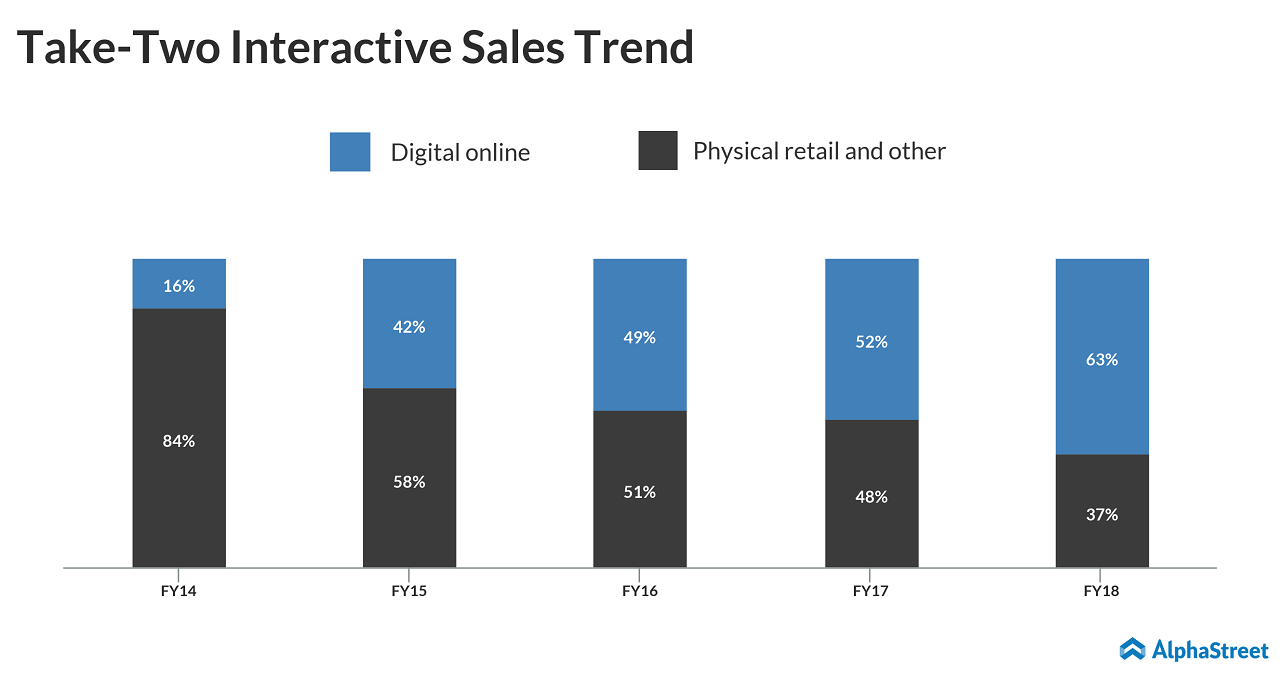 In the third quarter, revenues and earnings more than doubled to $1.25 billion and $1.57 per share respectively, supported by record growth in net bookings to $1.57 billion.

Fellow game developer Electronic Arts (EA) this week reported a sharp fall in fourth-quarter earnings and revenues. However, the company’s above-consensus guidance for 2019 spurred a stock rally after the announcement. Earlier this month, Activision Blizzard (ATVI) said its first-quarter revenues declined 7%, hurt mainly by the weak performance of the Digital Online division.

Investors might find the relatively low price of Take-Two Interactive shares attractive ahead of the quarterly report, despite the recent rally. The stock descended steadily after reaching a peak in September last year. It is down 2% since the beginning of the year and 12% over the past twelve months.