Shopify (SHOP) investors had a windfall last year, with the stock jumping almost 40% in the trailing 52 weeks, against a 15% decline witnessed by the industry. As the cloud-based company reports fourth-quarter results on Tuesday, February 12, investors will be looking for signs of a continued rally.

Analysts project a 40% jump in quarterly earnings to 21 cents a share, while the top line is expected to increase 47% to $327.13 million. The street consensus falls slightly above the guidance provided by the company management, who expects revenue in the range of $315-325 million.

While a 47% jump in the top line is impressive, some investors remain concerned over the slowdown in revenue growth. Revenue has consistently declined in the past three quarters, with topline growth registering at 68% in Q1, 62% in Q2 and 58% in Q3. 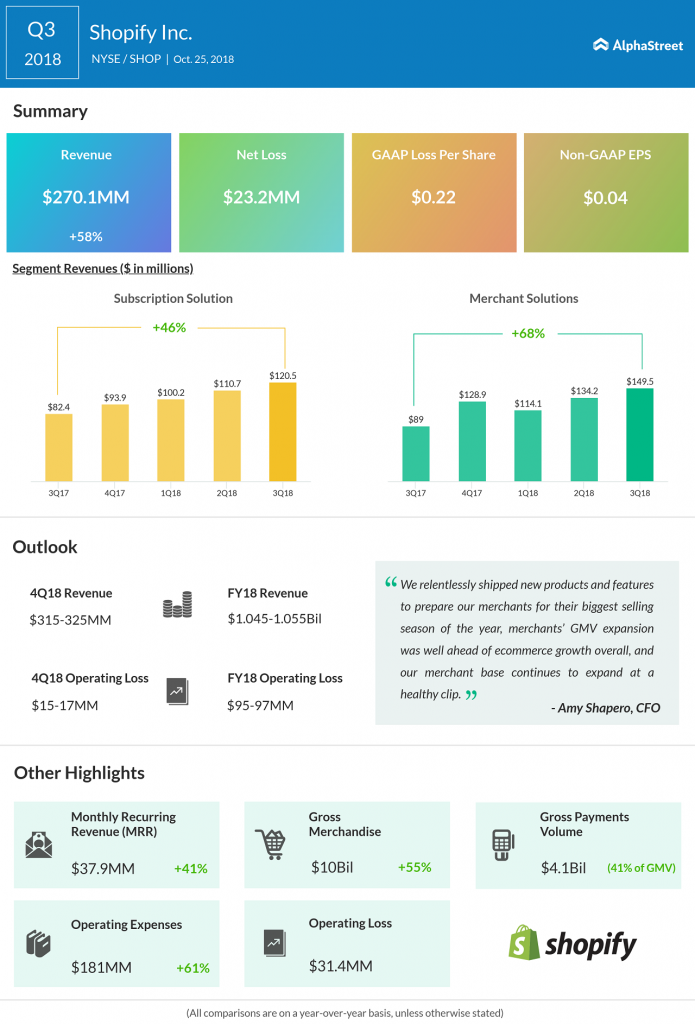 The volatile stock is currently overpriced as per analysts, with an average 12-month price target of $167.5. The price target comes at a 3% downside to the last close. Due to this reason, even if the company reports excellent Q4 results, the stock rally could be pegged.