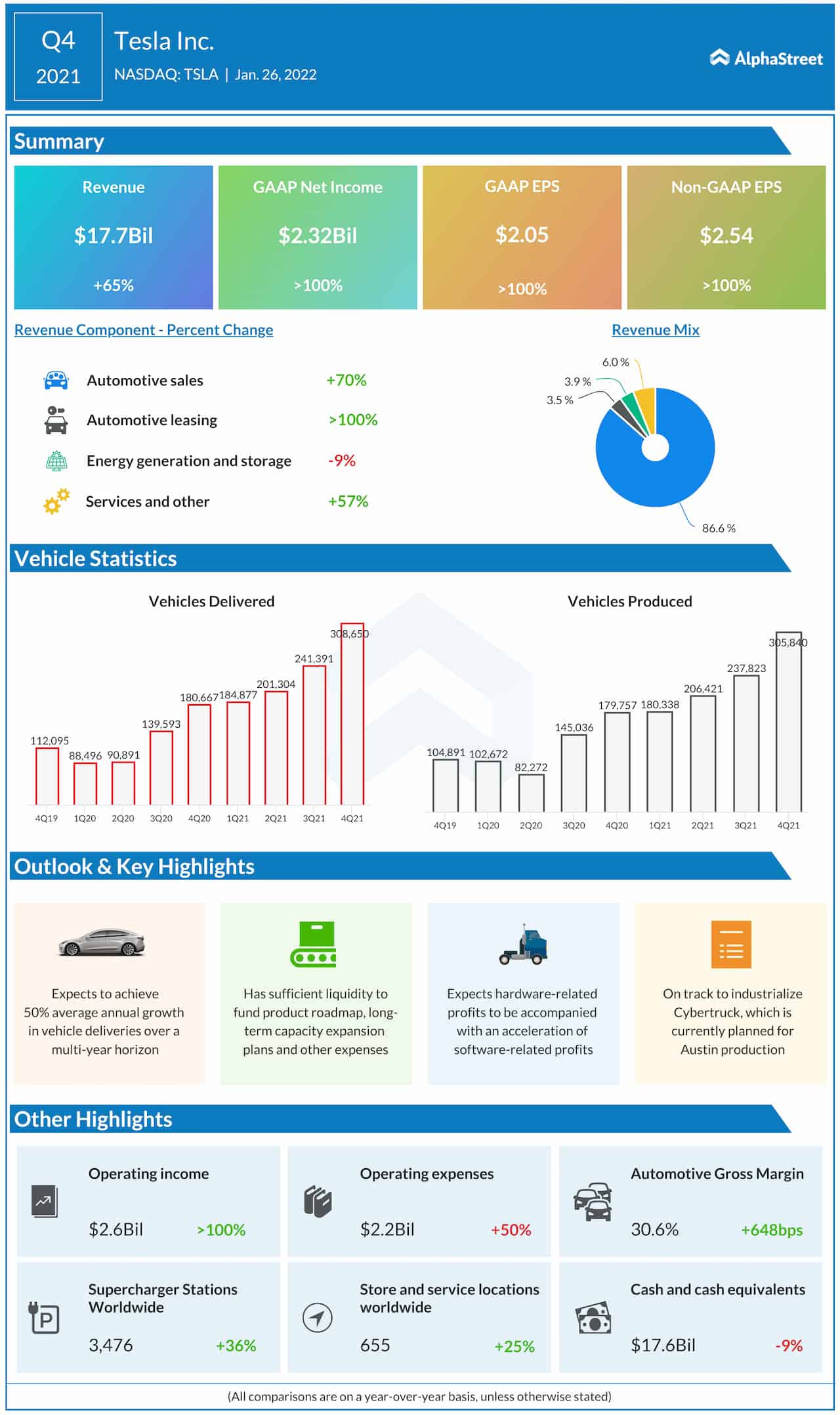 Revenues of the Austin-based electric car maker advanced 65% year-over-year to $17.7 billion during the three-month period, which is well above the estimates. The company produced a total of 305,840 vehicles and delivered a record 308,650 units, mainly comprising the Model-3 and Model-Y variants.

TSLA’s market value more than doubled in the past twelve months. The stock closed Wednesday’s regular trading higher but declined in the extended session soon after the announcement.