Facebook (NASDAQ: FB) is currently working hard to deliver on its promise to reduce toxic content on the platform, after being slapped heavy fines by the regulators for managing user data inappropriately. Interestingly, the initiatives have not prevented the company from going ahead with its expansion plans, with focus on new growth avenues.

The social media firm will be reporting third-quarter earnings Wednesday at the end of the normal trading hours. As per the market’s analysis, net income is estimated to have increased 8.5% year-over-year to $1.91 per share, on revenues of $17.37 billion. The projected top-line number represents a 26.5% annual growth. 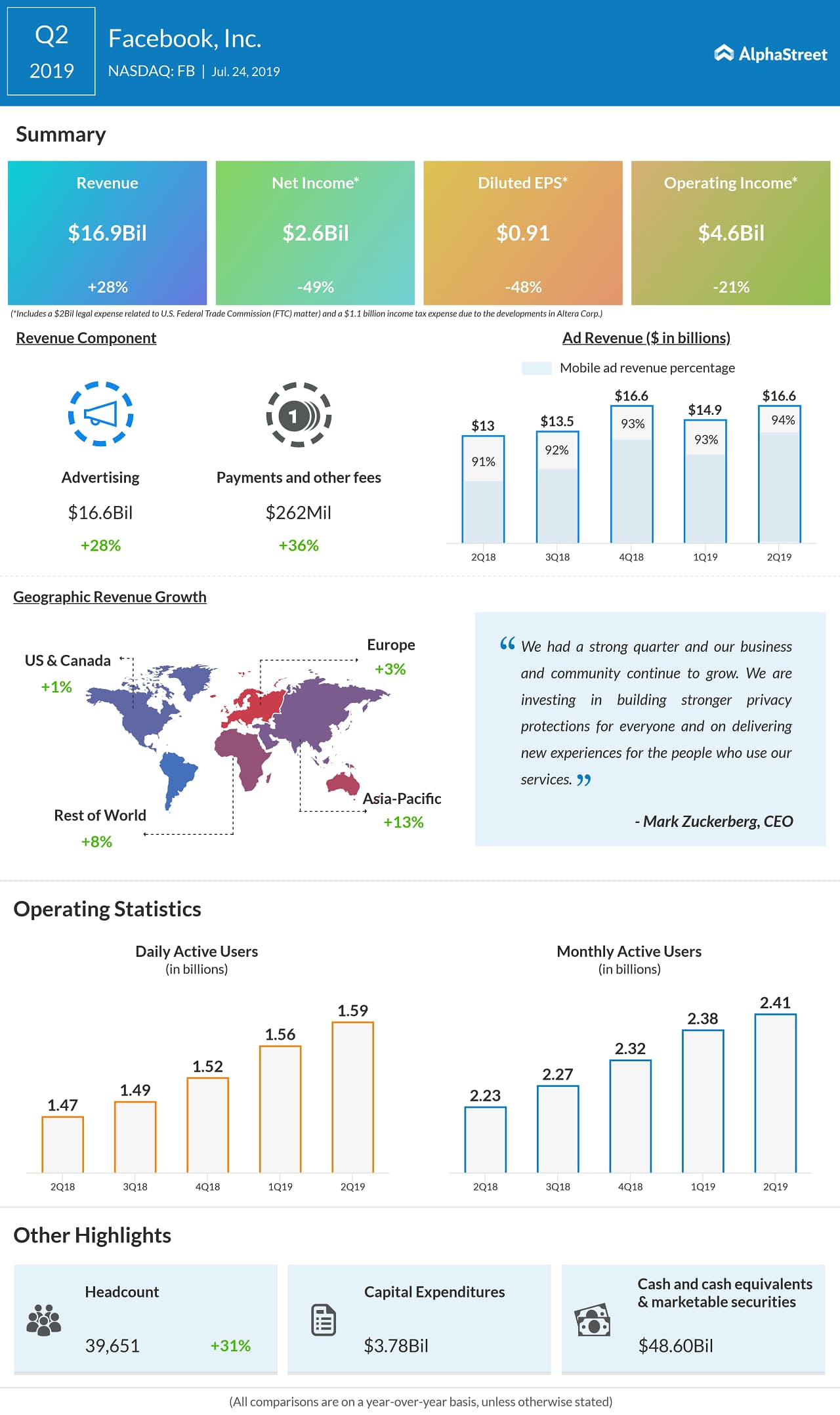 Given the high expenses Facebook incurred during the period and the resultant squeeze on margins, the earnings estimate looks too optimistic. The privacy lawsuits, which cost the company several million dollars, and the high costs associated with the ongoing program to ramp up security and plug privacy loopholes will continue to weigh on profitability.

Earnings have beaten the predictions consistently for more than two years. The relatively weak estimate for third-quarter earnings, compared to the bullish view on revenues, could be a drag on investor sentiment and the stock’s performance going forward. The key to cashing in on the growing user engagement and steady rise in advertising revenue is to rein in costs and revive margin growth. Over the years, Facebook has maintained the growth momentum in its advertising business.

Also see: Facebook has hit the right note with these two deals

For sure, there will continue to be a high level of caution among shareholders, in view of the ongoing scrutiny of the company’s business practices as it faces multiple allegations of sharing users’ information with business partners without their consent.

In the second quarter, the number of active users climbed to a whopping 2.41 billion. Though revenues moved up 28% to about $17 billion, earnings fell sharply to below one dollar, hurt by the high operating costs.

Snap Inc. (NASDAQ: SNAP), the owner of photo-sharing platform Snapchat that competes with Facebook’s Instagram, reported a narrower loss of $0.16 per share for the third quarter, aided by a 50% growth in revenues to $446 million. Microblogging site Twitter (TWTR) last week issued weak outlook for the December-quarter, after its third-quarter profit fell sharply to $0.17 per share and missed estimates.

Though Facebook shares recovered after slipping to a multi-year low last year, they have been witnessing volatility since the beginning of 2019. The stock surged about 36% so far this year, outperforming the tech sector and the S&P 500 index.