Twitter Inc. (NYSE: TWTR) reported a 95% dip in earnings for the third quarter of 2019 due to higher costs and expenses. The results missed analysts’ expectations. Further, the company guided fourth-quarter revenue below the consensus estimates. 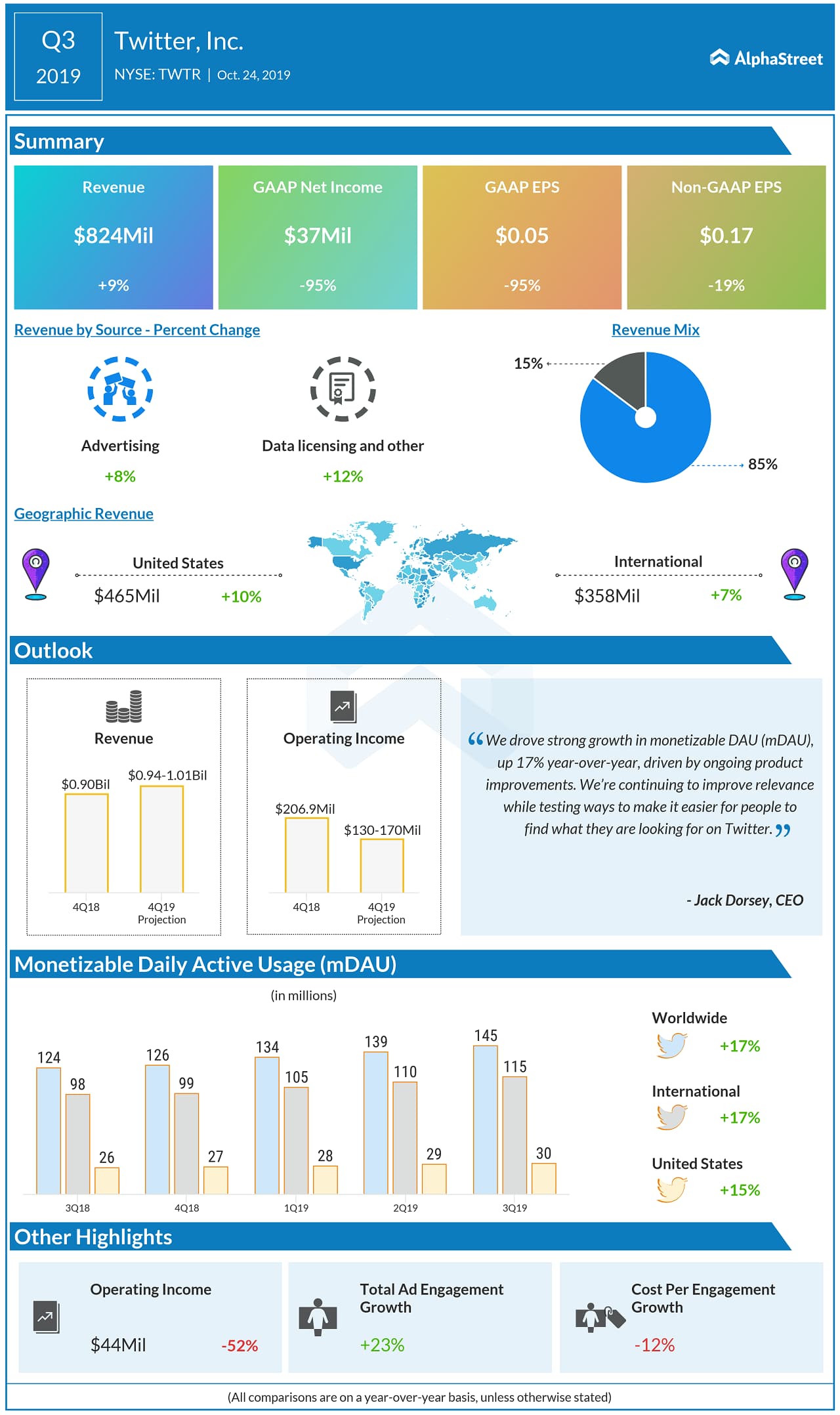 Revenue grew by 9% to $824 million, mainly driven by the strength in US advertising. The performance was impacted by revenue product issues, which reduced year-over-year growth by three or more points, along with greater-than-expected seasonality.

Total advertising revenue jumped by 8% to $702 million, driven by double-digit increases in both domestic and international ad revenue. Data licensing and other revenue rose 12% to $121 million.

Looking ahead into the fourth quarter of 2019, Twitter expects a total revenue of $940 million to $1.01 billion. The operating income is predicted to be in the $130 million to $170 million range.

The company improved its ability to proactively identify and remove abusive content, with more than 50% of the Tweets removed for abusive content in Q3 taken down without a bystander or first-person report.