Facebook (FB) reported stronger-than-expected fourth quarter earnings of $2.38 per share, up 65% year-over-year, despite a considerable increase in expenses. Analysts had expected just $2.17 per share, predicting that the higher expenses required to establish better privacy security would weigh on its bottom line.

Facebook shares gained over 7% during after-market trading. The stock had fallen 20% in the past 52 weeks, battered by consecutive data scandals.

Daily Active Users increased 9% to 1.52 billion, while Monthly Active Users gained 9% to 2.32 billion. Though the rate of growth has slowed, investors are apparently happy that the social media giant is still managing to keep users engaged. 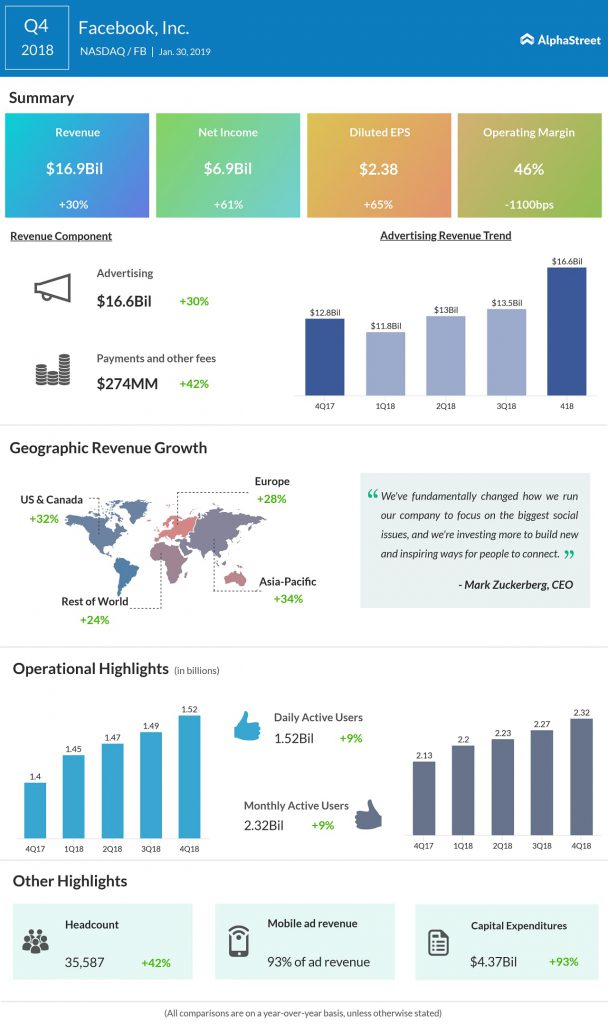 CEO Mark Zuckerberg said, “We’ve fundamentally changed how we run our company to focus on the biggest social issues, and we’re investing more to build new and inspiring ways for people to connect.”

The issues relating to data security and privacy, along with the new GDPR norms, have forced Facebook to take several measures to improve its security features, which in turn, has resulted in higher spending.

Analysts are, in general, bullish on Facebook and have given the stock a Buy rating. The average price target is $185, suggesting an upside of 23% from Tuesday’s close.