General Dynamics Corporation (NYSE: GD) reported a 7% rise in earnings for the third quarter of 2019 helped by Gulfstream’s continuing ability to efficiently transition its production to new models, coupled with solid operating performance at the defense businesses. The bottom line exceeded analysts’ expectations while the top line came in line with consensus estimates.

Net income rose by 7% to $913 million while earnings per share grew by 10% to $3.14 driven by lower weighted average shares outstanding. 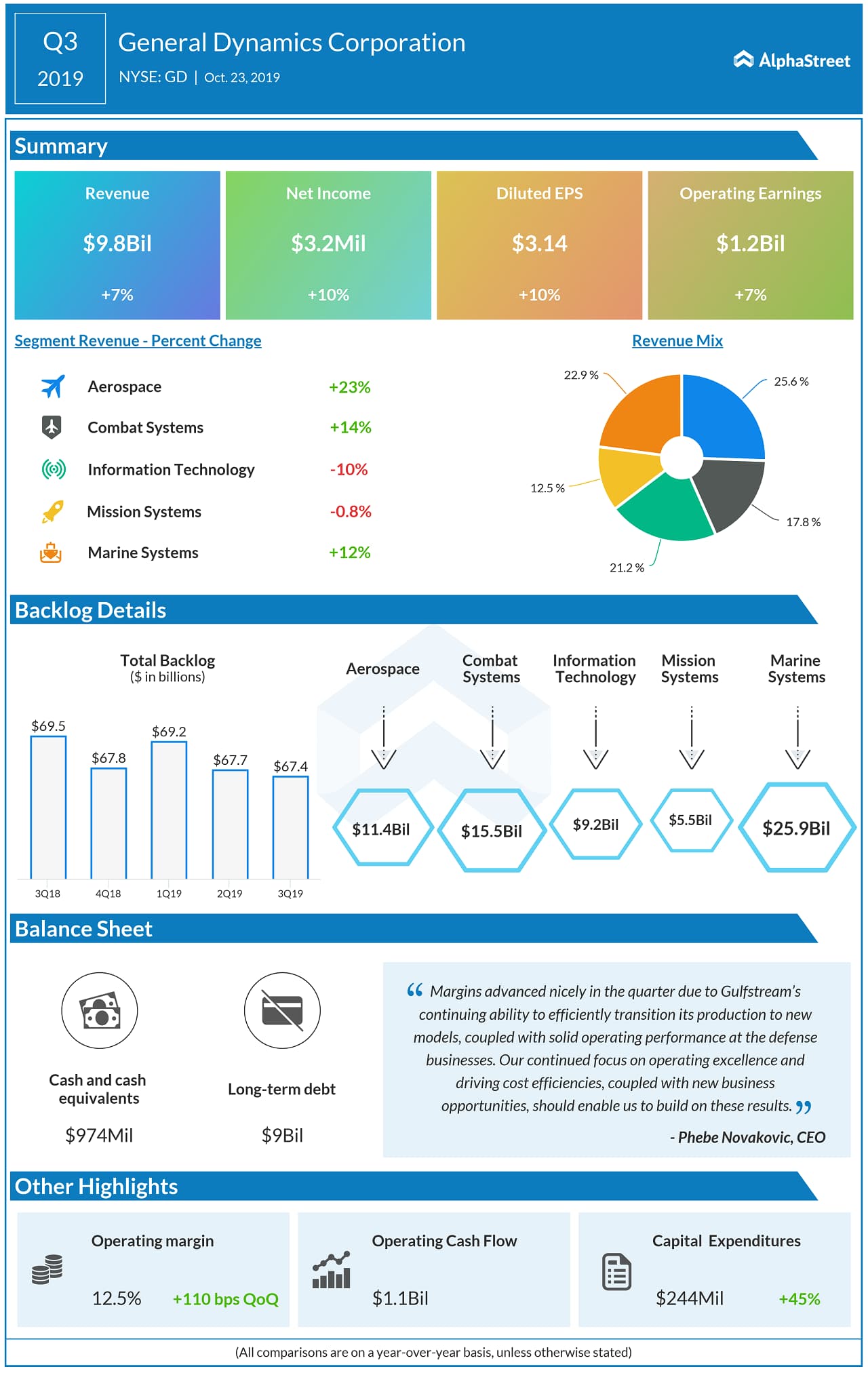 Revenue increased by 7.3% to $9.76 billion driven by aerospace and defense portfolios. The results reflected its relentless focus on driving down costs and improving performance.

Total estimated contract value, the sum of all backlog components, was $103 billion, down 1% year-over-year. Order activity remained strong across the aerospace and defense portfolios, with a book-to-bill of 1-to-1 on 7.3% year-over-year revenue growth.

The significant awards in the defense portfolios in the quarter included $1.3 billion from the Canadian government for production of armored combat support vehicles and $1.1 billion from the U.S. Navy for design and construction of two Expeditionary Sea Base auxiliary support ships and a $550 million option for an additional ship.

The company paid $295 million in dividends and repaid about $450 million of its outstanding commercial paper in the third quarter. Capital expenditures totaled $244 million, up 45% from the year-ago quarter, driven by continued strategic investments in Marine Systems.