GoPro Inc. (NASDAQ: GPRO) shares gained over 1% in the aftermarket hours on Thursday after the action camera maker reported a narrower loss than what the street had anticipated. 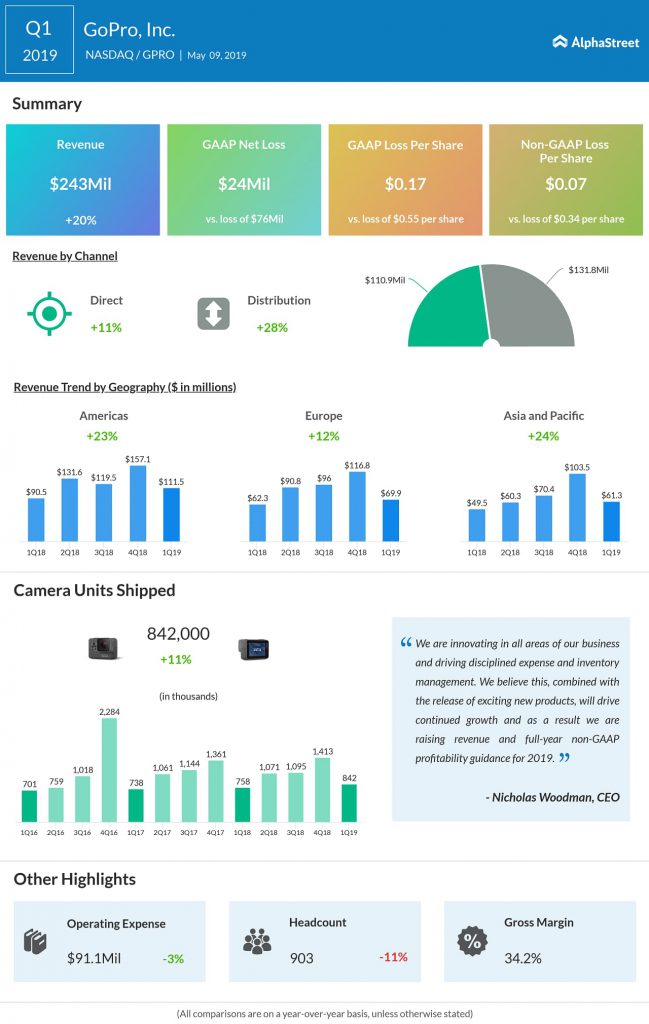 Total revenue grew 20% to $242.7 million,  narrowly missing the street expectation of $243.5 million. GoPro.com represented over 10% of revenue in the first quarter, growing 90% year-over-year.

CEO Nicholas Woodman said, “We are innovating in all areas of our business and driving disciplined expense and inventory management. We believe this, combined with the release of exciting new products, will drive continued growth and as a result, we are raising revenue and full-year non-GAAP profitability guidance for 2019.”

The company said its HERO7 Black was the best selling camera in all of the digital imaging by unit volume, and three HERO7 cameras were the top-three selling action cameras according to the NPD Group.