Beyond Meat (NASDAQ: BYND) reported a net loss for the third quarter, despite an increase in revenues. The results also missed analysts’ forecast and the company’s stock dropped on Monday evening. 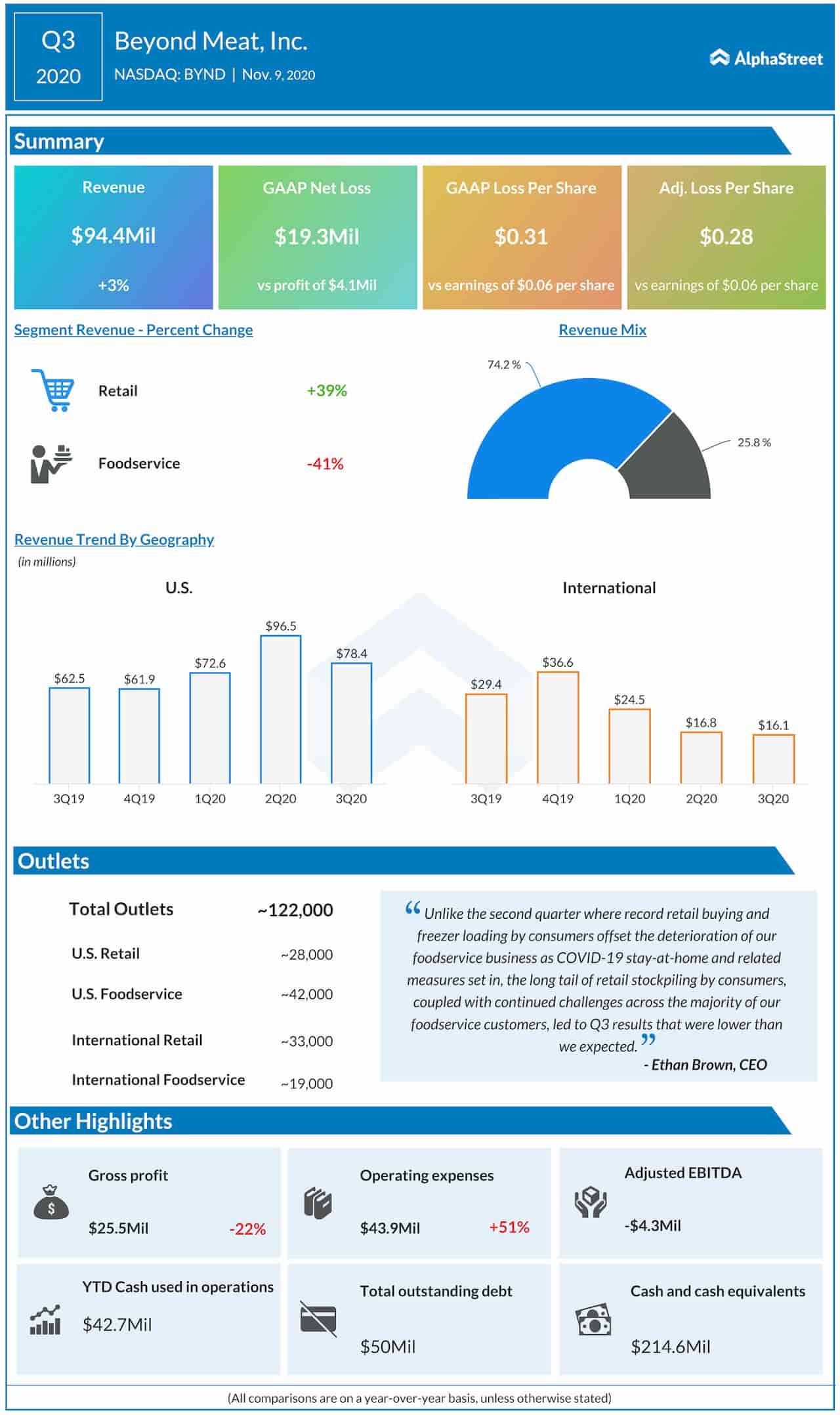 The company that makes plant-based meat products reported a loss of $0.28 per share for the September-quarter, on an adjusted basis, compared to earnings of $0.06 per share in the prior-year period. Market Watchers had predicted profit for the most recent quarter. 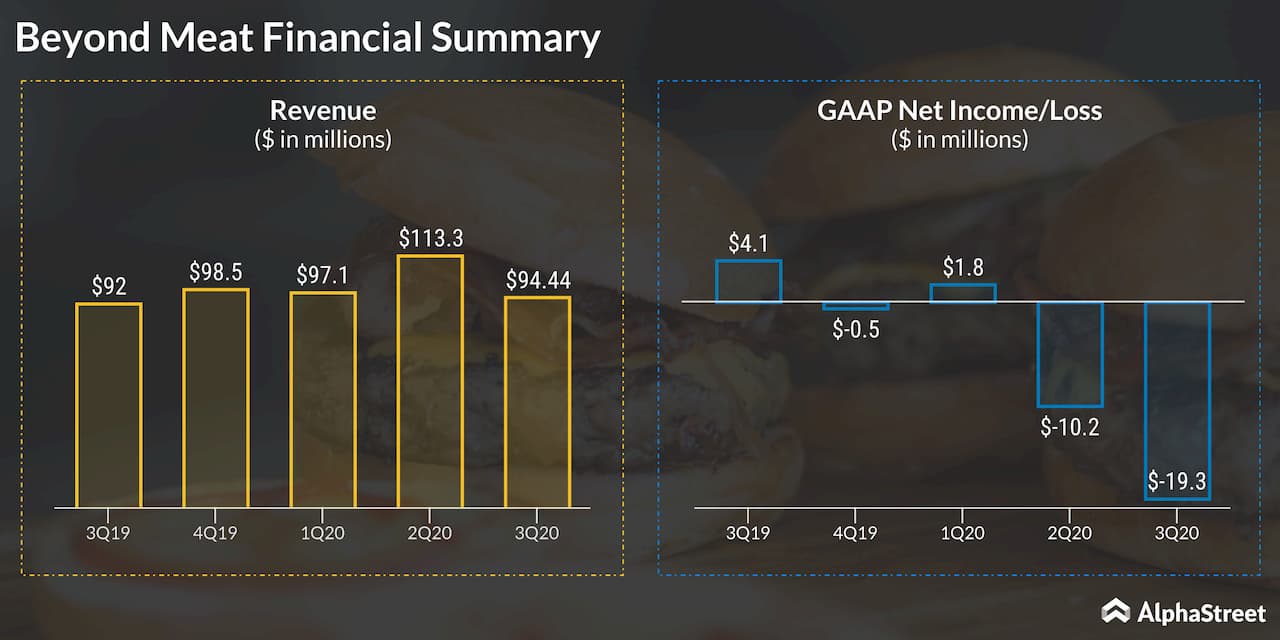 After climbing to a new high about a month ago, Beyond Meat’s stock has retreated to pre-peak levels. It closed Monday’s trading lower and continued to lose during the extended session.