Game publisher Activision Blizzard, Inc. (NASDAQ: ATVI) has reported an increase in fourth-quarter earnings, despite a year-over-year decline in revenues. The results fell short of expectations. 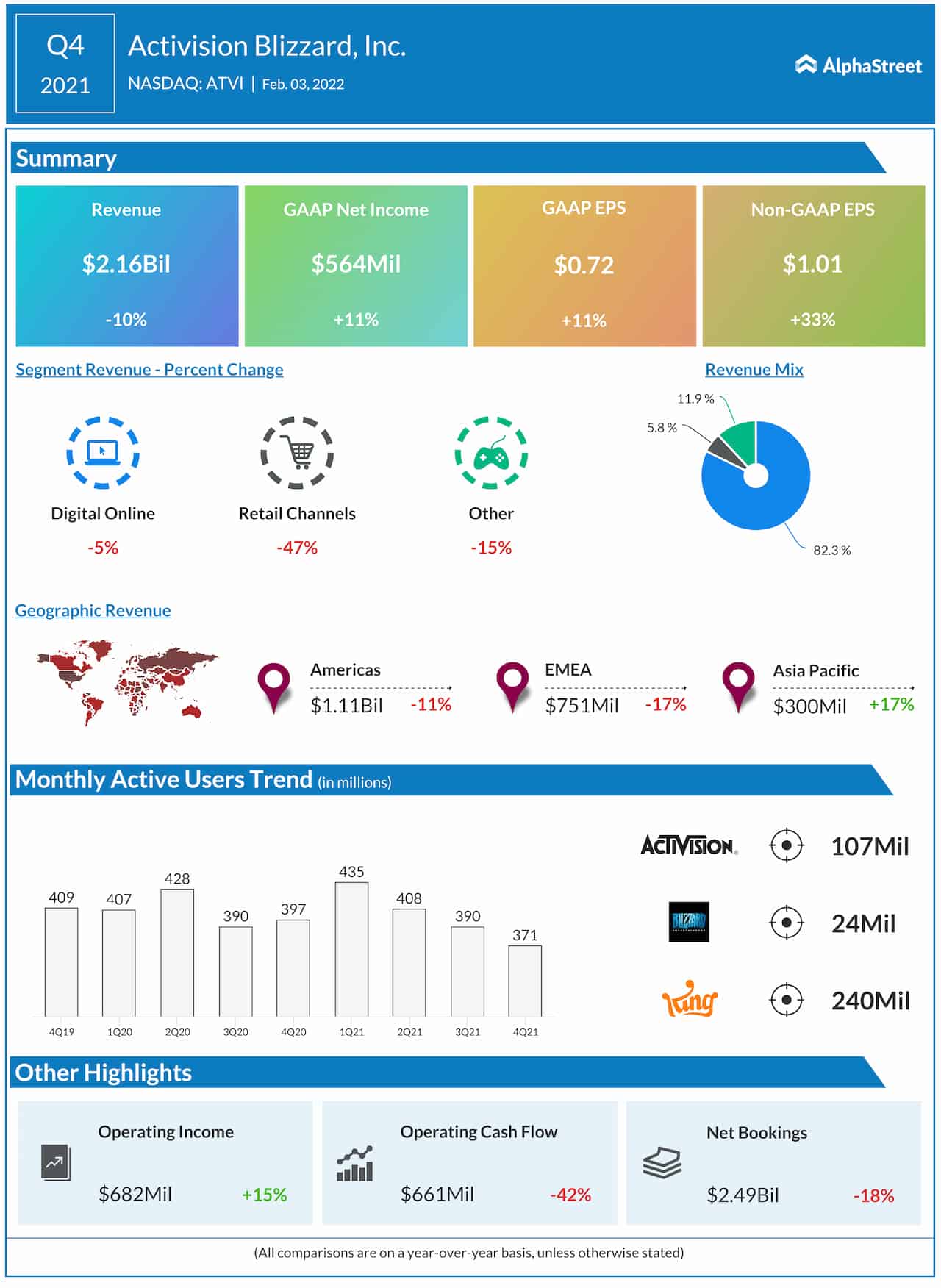 Activision Blizzard’s stock traded lower early Friday, after closing the previous session lower. It has gained 17% since the beginning of the year.