Earnings preview: What to expect when Intel reports Q1 results

Intel’s (Nasdaq: INTC) upcoming quarterly report, the first under new CEO Robert Swan, will be followed closely by investors considering the volatile performance of the stock in recent months. When the chipmaker releases the first-quarter report, earnings and revenues are expected to remain broadly unchanged year-over-year at $0.87 per share and $16.02 billion, respectively. The estimate is in line with the guidance provided by the company in its last earnings report.

After beating the forecast in all of the trailing four quarters, the company is likely to maintain the trend this time too. For the market to respond overwhelmingly to a potential beat, the outcome needs to be really impressive. The stock is already near the peak after Intel scrapped its 5G modem venture following last week’s surprise settlement between Apple (AAPL) and Qualcomm (QCOM). 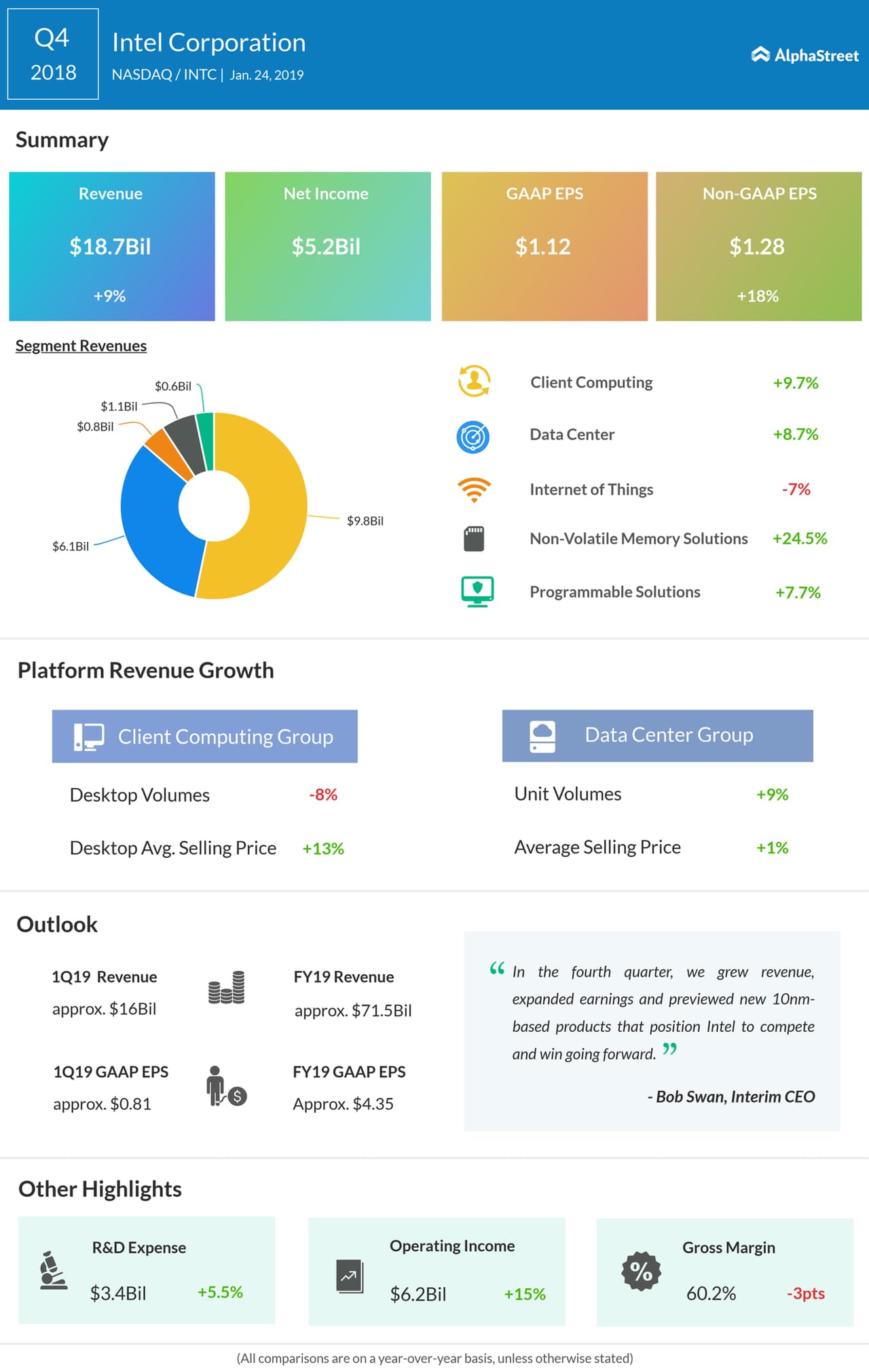 Analysts’ consensus rating on the stock has been hold for the last three months, and that makes sense. Considering the modest estimates, the actual results might set-off a stock rally this time. Meanwhile, the average 12-month price target of $55.43 is far below the current levels.

After beating the forecast in all of the trailing four quarters, the company is likely to maintain the trend this time too

The management’s increased focus on the data-centric product portfolio seems to be paying off. Statistics show that the segment accounted for nearly 50% of Intel’s revenues last year. If the outcome is positive, the upcoming earnings report will bear testimony to the success of the data-centric strategy.

In the December quarter, Intel’s adjusted earnings climbed 18% to $1.28 per share, on the back of a 9% growth in revenues to $18.7 billion. The revamped product portfolio and the recovery of the memory chip market, which fuelled the growth, are expected to continue in the coming months.

Last month, Micron (MU) reported double-digit declines in second-quarter earnings and revenues as the main business segments were hit hard by unfavorable pricing conditions and faltering demand for memory chips. Among others, Nvidia (NVDA) will be publishing first-quarter earnings on May 16 in the afternoon. Advanced Micro Devices (AMD) is slated to release results for the March quarter on April 30.