juwi Hellas SA signed a contract with ATEN Energy SA for juwi’s first 1500V DC system in Greece — one of the largest PV plants in Greece. It was built in just three months by juwi Hellas SA and is already in operation. JinkoSolar delivered the solar modules for the project.

JinkoSolar Europe GM Frank Niendorf said, “ATEN project marks not only a milestone for JinkoSolar, but it is also a confirmation of the excellent collaboration between JinkoSolar and juwi and JinkoSolar’s quality perception in the Greek market.”

JinkoSolar’s movements are usually indications on how the solar industry would go in the future, given how vast and multinational the company is.

Many experts tout solar energy as the most accessible power resource in the future. And China has been ahead in this race, even integrating solar adoption and panel production into its governance very early. The United States has been lagging in comparison. However, of late, solar energy has seen a rise in demand. 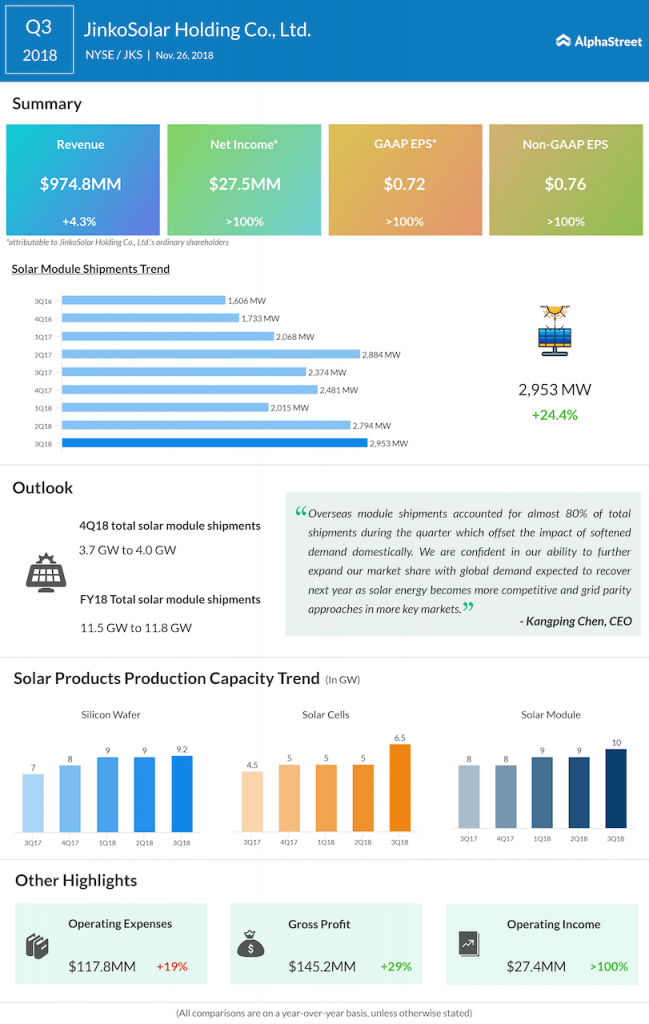 Of late, the solar sector has undergone two significant processes — a jump in supply and a cut in costs. But the increasing competition in the arena has rendered a steady cut in finished solar panels all over the world. This was further accelerated by emerging economies such as India and Brazil making a move to solar as part of their governance policies.

While costs have come down, the mass adoption of the technology is at the horizon. We will soon see a surge in demand globally, as emerging countries try to meet its requirement. “During the third quarter, most shipments went to emerging markets,” said JinkoSolar in its latest earnings conference.

According to the Chinese solar giant, India plans to achieve a cumulative solar capacity of 175-227 gigaWatts by 2022. This also points towards the trend of more emerging markets going the same way, in a bid to free from the power dynamics of OPEC’s crude oil policy.

Higher adoption and market saturation in supply have affected the industry enough to cut jobs in the last two years. But this seems to be in line with the normal growth process in the nascent stages of the sector. This industry is here to stay.