Apple Inc. (AAPL) has been struggling with iPhone sales for a while but a new report from Gartner suggests that the situation is quite grim. The research by Gartner (IT) revealed that global sales of smartphones during the fourth quarter of 2018 grew only by 0.1% to 408.4 million units compared to the same quarter a year ago.

This included Apple’s iPhone sales of 64.5 million units, down 11.8% year-over-year, marking the company’s worst quarterly decline since 2016. The company saw weak demand for the iPhone in most regions, except for North America and Asia/Pacific. The highest sales decline was recorded in Greater China, where Apple’s market share fell from 14.6% to 8.8% year-over-year. 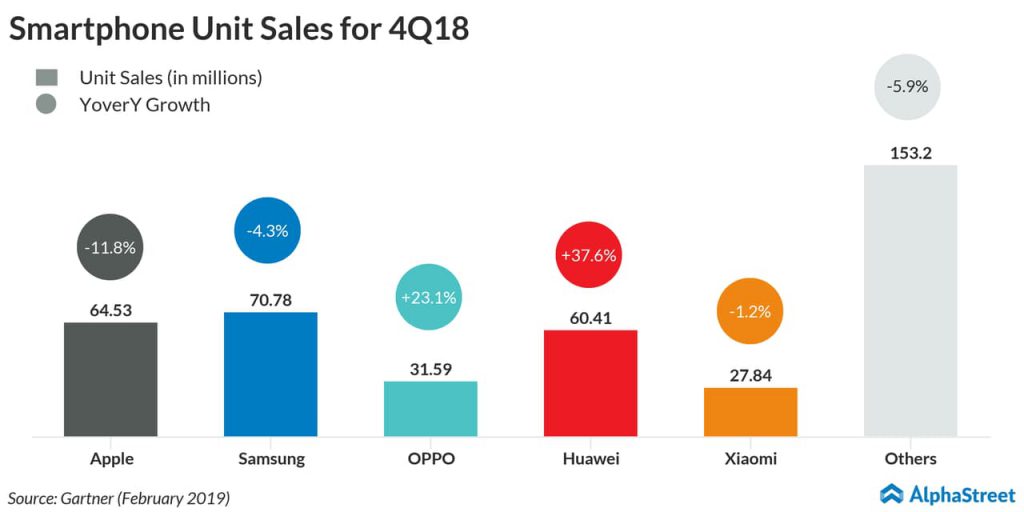 The report stated that slow innovation, along with high prices, negatively impacted the demand for high-end smartphones worldwide, while entry-level and mid-price smartphones saw strong demand. Among the top five smartphone vendors globally, Apple faced the biggest drop in growth during the holiday quarter.

Apple faced challenges as buyers opted to wait for more innovative smartphones and also due to the availability of alternative high-price and mid-price Chinese smartphones. These factors hindered the company’s unit sales growth. For the full year of 2018, iPhone sales fell 2.7% to just over 209 million units.

During its most recent earnings announcement, Apple reported that iPhone revenue declined 15% to $52 billion while coming in short of consensus estimates. The iPhone makes up for around 60% of Apple’s total revenue. 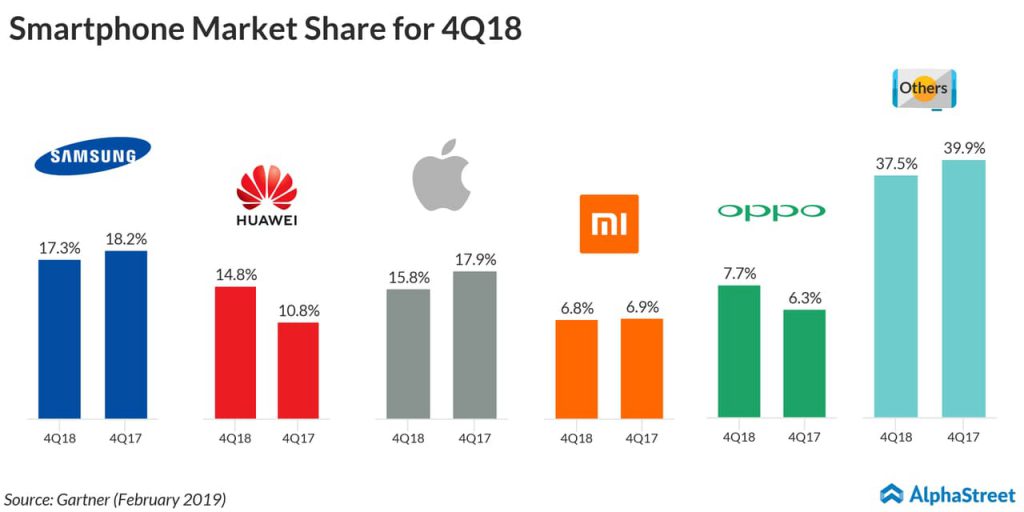 Meanwhile, The Wall Street Journal reported that Apple is teaming up with Goldman Sachs (GS) to launch a new credit card with iPhone features and other perks for Apple customers. This move is seen as part of efforts by both companies to diversify their revenue streams. The card is expected to launch later this year.