“The Consumer Direct Offense is delivering broad-based growth across all four of our geographies, led by continued momentum in China,” said Andy Campion, CFO. “We will continue investing in key capabilities to drive NIKE’s digital transformation and fuel strong profitable growth into next fiscal year and beyond,” he added.

Last month, Nike’s Board of Directors declared a quarterly cash dividend of $0.22 per share on the company’s outstanding Class A and Class B common Stock payable on April 1, 2019 to shareholders of record as of March 4, 2019.

North America continues to be a challenging market for most sportswear companies, due to the growing competition and people’s fast-changing shopping habits. 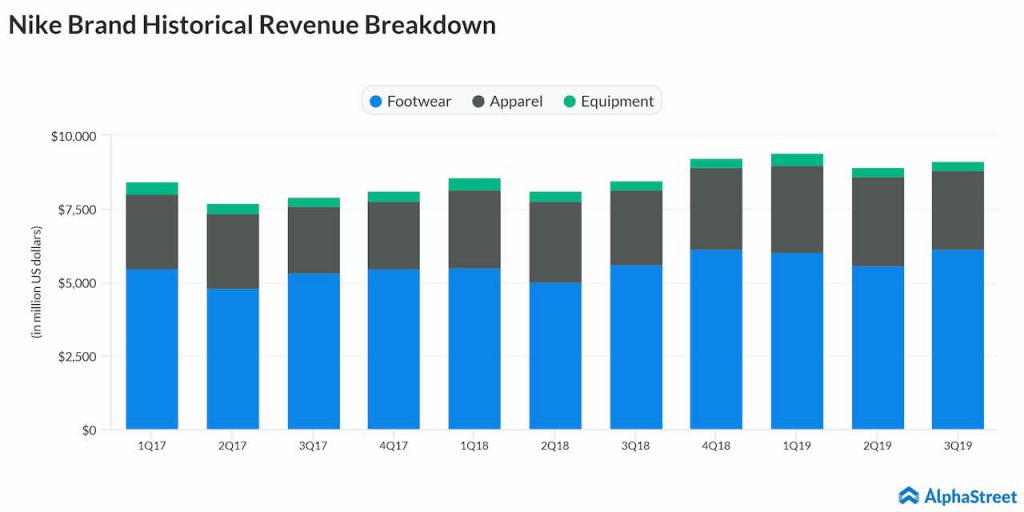 Nike’s peer Under Armour (UA, UAA) last month reported a 2% increase in fourth-quarter revenues to $1.4 billion, which resulted in flat earnings. A further slump in the Americas was more than offset by the positive outcome in other markets.

Nike was in news for the wrong reasons recently, after Duke basketball player Zion Williamson’s sneaker exploded during a game, causing minor injuries to the player. However, the incident had minimal impact on the stock, which bounced back quickly from the initial dip that followed the report.

On Tuesday, shares of Nike hit a yearly high ($88.59). In Thursday’s regular trading session, Nike stock almost hit the 52-week high with a day’s high of $88.12. The stock has gained 19% since the beginning of this year.