The PNC Financial Group (PNC) reported Q4 earnings and revenue that missed analysts’ predictions. The company reported earnings of $2.75 per share compared to $4.18 in the prior year. Revenue increased 2% to $4.34 billion. Analysts had expected PNC to earn $2.79 a share on revenue of $4.4 billion. PNC stock was trading in the negative territory during the premarket session. 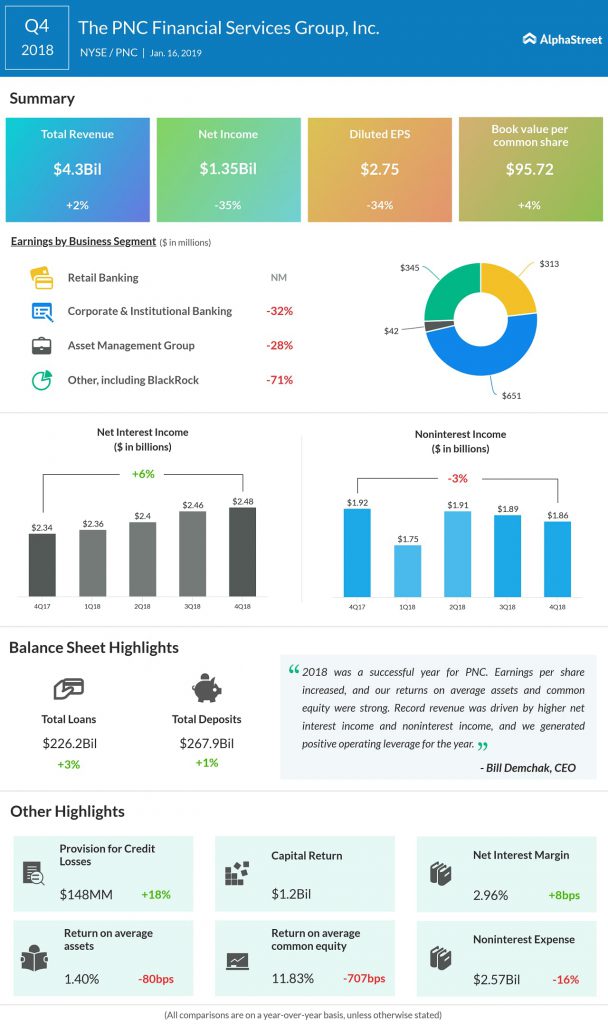 Net interest income grew 6% year-over-year and non-interest income decreased 3% in the recently ended quarter. Average loans and average deposits both increased 2% versus the year-ago quarter. As of Q4 end, provision for credit losses rose 18% compared to the end of the prior-year quarter.

On January 3, 2019, the PNC Board declared a quarterly cash dividend of 95 cents per share effective with the February 5, 2019 dividend payment date.

The Pittsburgh-based banking firm’s stock had dropped 4% in the last three months and 21% in the one year. PNC’s shares closed Wednesday’s trading down 0.32% at $120.17.