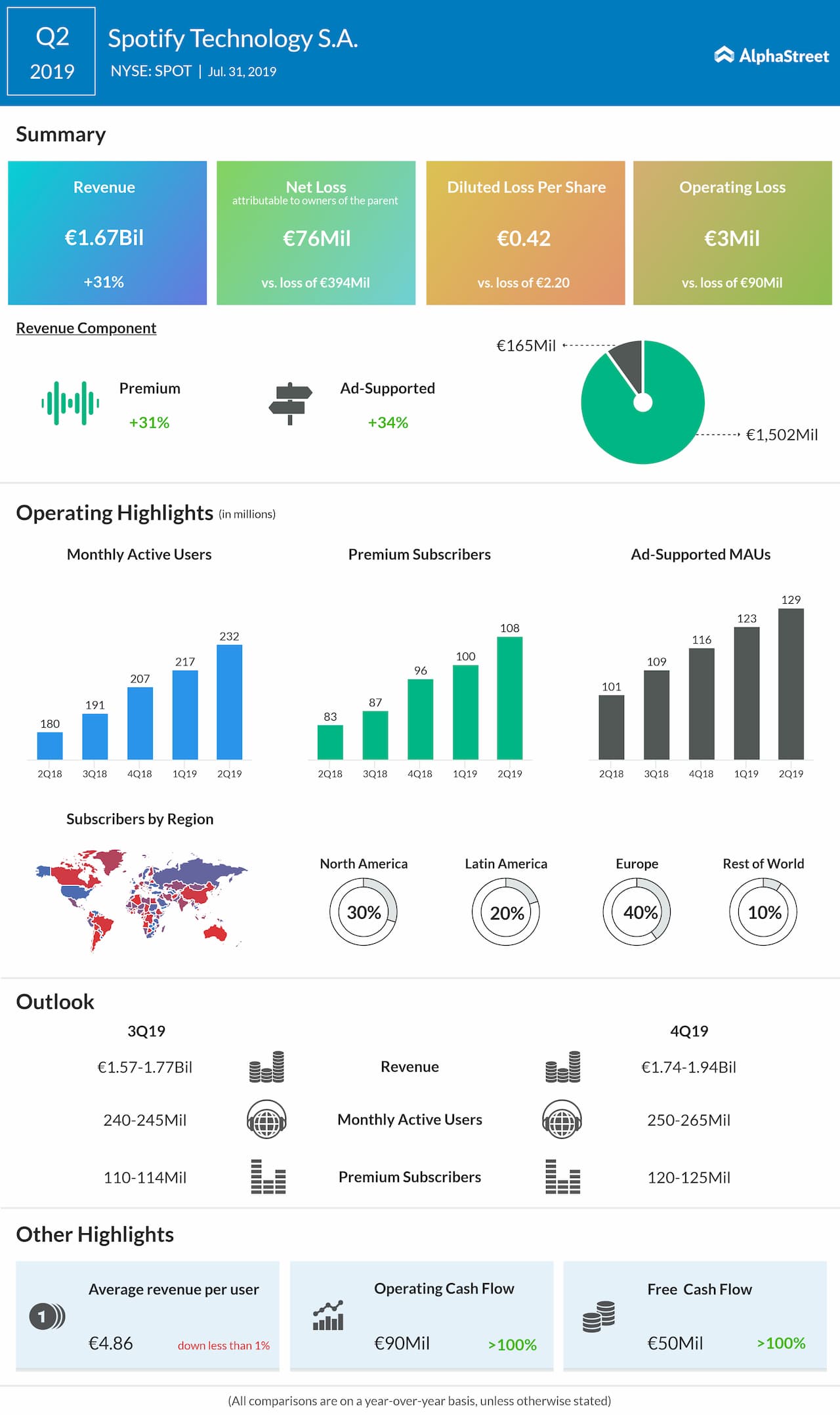 For the second quarter, total monthly active users (MAUs) grew by 29% year-over-year to 232 million, outperforming the high end of its 222 million to 228 million MAU guidance range. The company finished Q2 with 108 million Premium Subscribers globally, up 31% year-over-year but below the midpoint of its guidance range of 107-110 million.

For the Premium business, average revenue per user (ARPU) was EUR4.86 in Q2, down less than 1% year-over-year. The downward pressure on ARPU continues to moderate, and Spotify continues to expect that ARPU declines through the remainder of the year will be in the low single digits.

The results’ outperformance was broad based, with most of its geographic regions growing faster than its expectations. The timing of certain global music releases yielded some incremental benefit, as did the company’s launch on PlayStation consoles across the Middle East and Latin America. The newest market India performed well and in line with expectations.

As a company, Spotify’s goal is to continually innovate by testing and learning from new product launches. During Q2, the company launched a number of new product initiatives across its major regions.

Spotify sees increased demand for podcast advertising after its recent acquisitions and continued development of owned and exclusive non-music audio content. While still relatively small, the company continues to expect fast revenue growth from podcasts through the remainder of 2019 and into 2020.