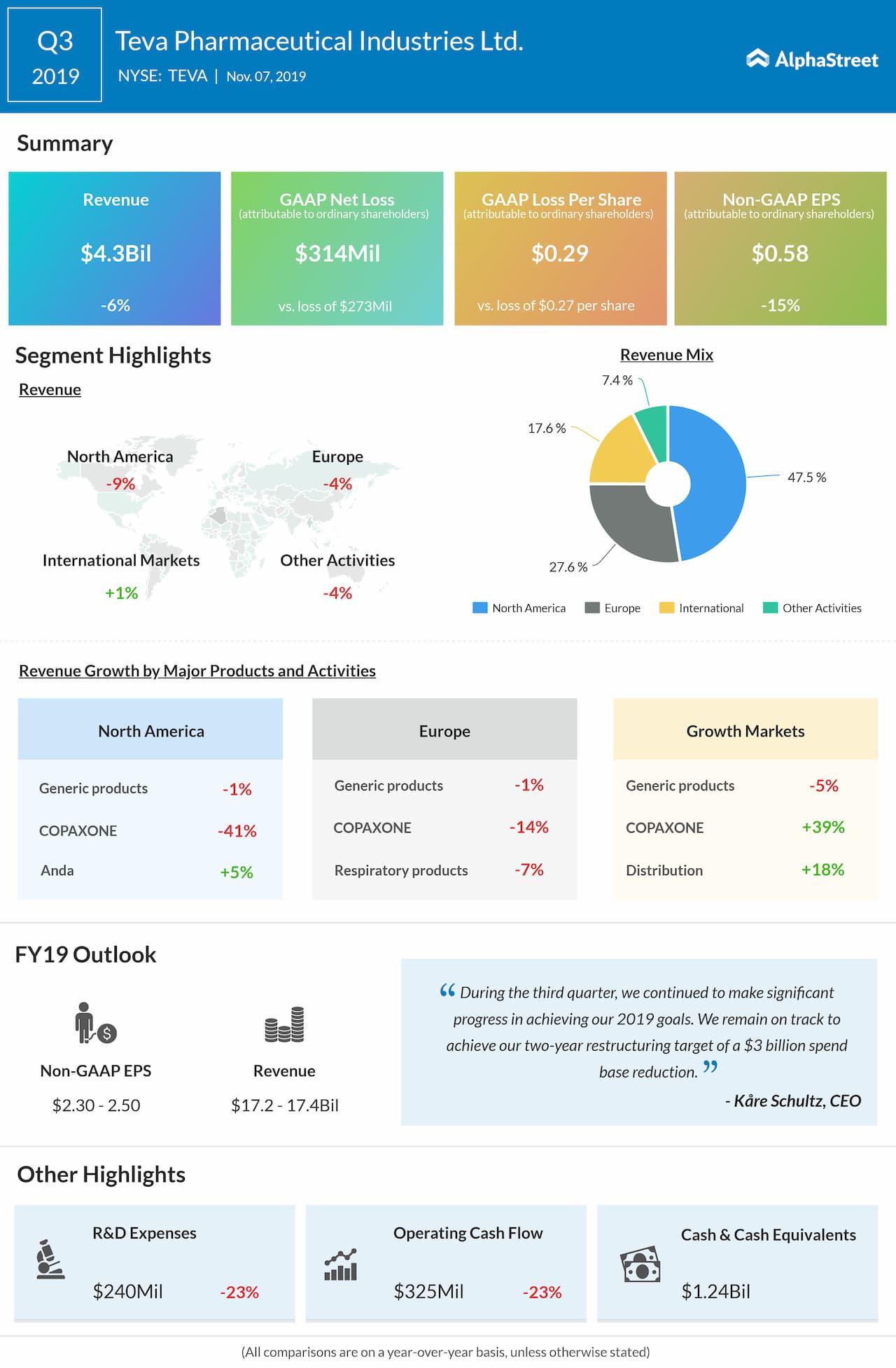 Revenue decreased by 6% to $4.26 billion, which came ahead of estimates of $4.23 billion. The top line was hurt by the generic competition to Copaxone as well as revenue declines in Treanda/Bendeka and other specialty products in the US, and decline in revenues in Russia and Japan.

For the third quarter, research and development expenses fell by 23% due to the cost of labor reductions, pipeline optimization, and project terminations. This was partially offset by increased investment in early-stage projects.

BlackBerry Limited (NYSE: BB) is slated to report its fourth-quarter 2020 earnings results on Tuesday, March 31, after the market closes. The top line will be benefited by BlackBerry Cylance

Companies that are working on the coronavirus vaccine

The coronavirus pandemic continues to plague the world with over 500,000 cases reported globally and over 82,000 cases in the US alone. As the world grapples with the outbreak, several