Palo Alto, California-based Hewlett Packard Enterprise (HPE) is scheduled to post its fourth-quarter earnings after market on Dec 4. The Street expects earnings of about $0.43 per share on revenue of $7.85 billion.

In the previously reported quarter, Hewlett Packard Enterprise posted upbeat earnings for the third quarter on higher demand in the non-US markets. The stock gained in the after-market trading following the announcement back in August. The fact that the stock hit its all-time high back in March could also be a silver lining, and this could act as a driver for investors giving the stock another chance. 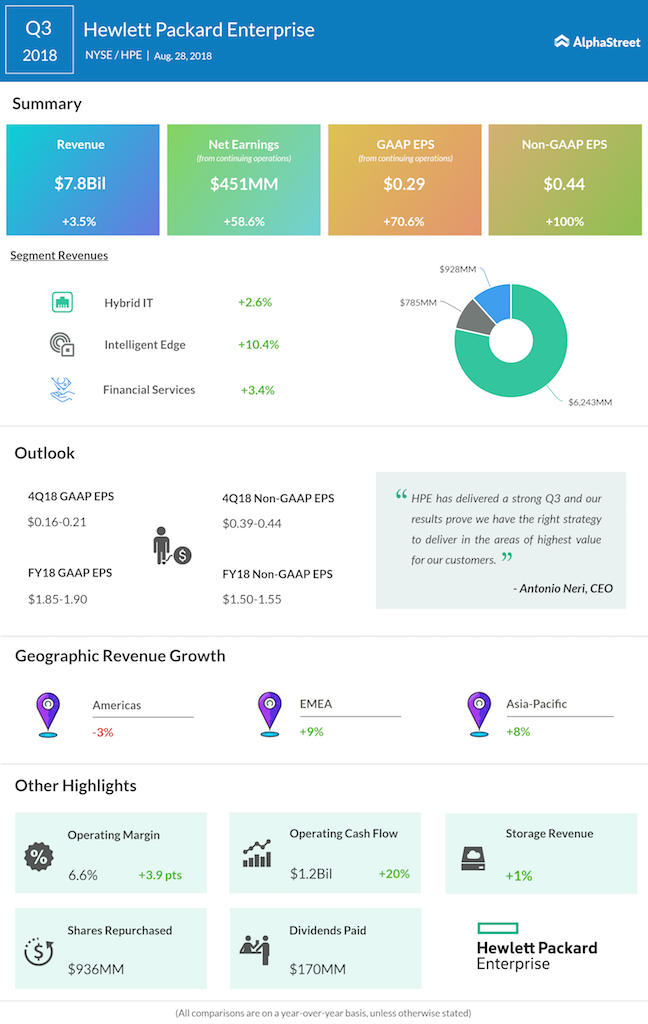 In last week’s HPE’s Discover conference in Madrid, CEO Neri Antonio also said that the trade war has very little effect on the company. This could also help the stock to be perceived as positive, especially in the current international trade scenario.

The company also upgraded up its full-year earnings guidance in August on upbeat quarterly results. HPE now expects earnings of $1.85-$1.90 per share, and raised the outlook for adjusted earnings to $1.50-$1.55 per share for the year.