Walmart Inc. (WMT) is set to release its third-quarter earnings on Thursday before the bell. The results are expected to inch higher in the low single-digit percentage due to the reevaluation of its full-year earnings potential, Flipkart acquisition impact, and stiff competition from Amazon (AMZN).

Similar to the previous quarter, investors will be watching on the e-commerce space. In the midst of global customer base expansion, the Flipkart investment is likely to impact Walmart results in the upcoming quarters due to lower sales at Sam’s Club and deconsolidation of certain Latin America operations.

In its race against Amazon, Walmart purchased 77% stake in Flipkart in the second quarter to conquer a majority portion of the fast-growing Indian market. Added to this, a large number of physical stores under Walmart’s hood remained a major advantage over Amazon. 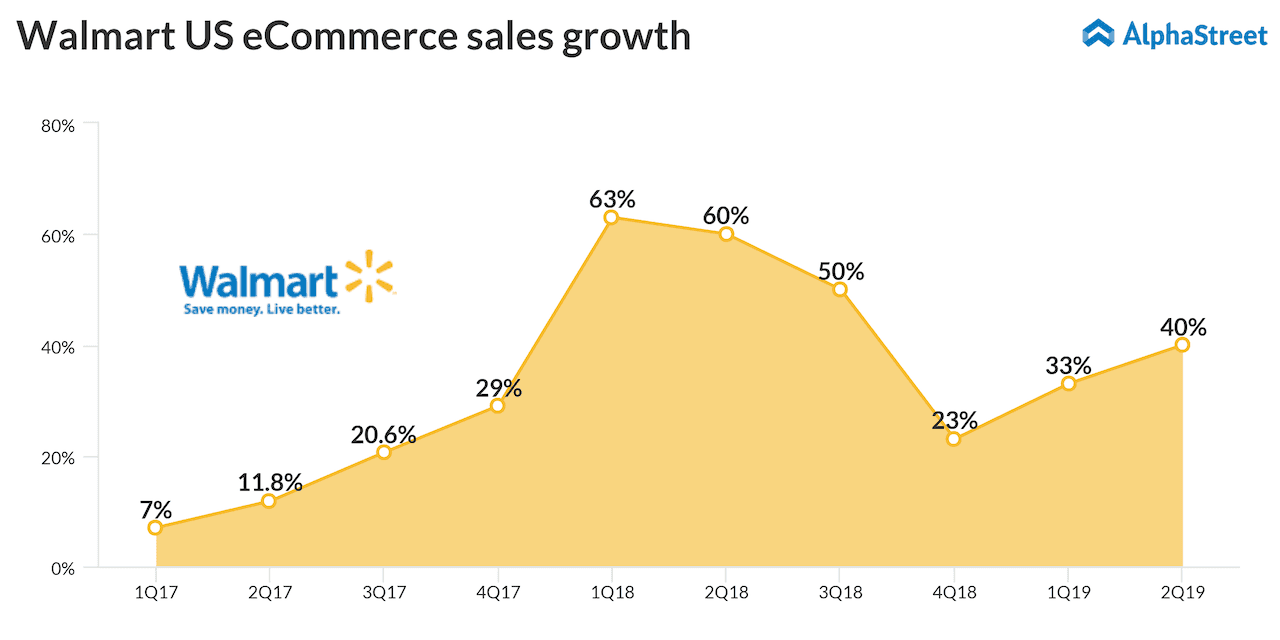 During mid-October, Walmart lowered its adjusted earnings outlook as it feels the pinch of Flipkart deal. For the fiscal year 2019, the company had expected adjusted earnings in the range of $4.65 to $4.80 per share. Global sales growth are expected to be 5% next year and 3% in 2020.

The e-commerce business will continue its uptrend growth in the near term while it is seen easing to 35% next year. The recent acquisitions in the digital space will aid in the US online sales growth, which is likely to gain about 40% during the balance of this year.

The company’s bottom-line for the second quarter was hurt mainly by loss from the sale of majority stake in Walmart Brazil and unrealized losses on equity investment in JD.com (JD). However, revenue rose 3.8% helped by its ongoing efforts to boost its digital platform. Comparable store sales growth at Walmart US and Sam’s club were 4.5% and 5%, respectively.

The retail giant’s stock has risen over 15% for the past three months and over 5% in the year so far. The shares have opened lower and remained in the negative territory till mid-afternoon on Monday.

Autodesk, Inc. (NASDAQ: ADSK) today reported its fourth quarter financial results for the period ended January 31, 2021. Net income for the fourth quarter was $911.3 million, or $4.10 per

Beyond Meat (NASDAQ: BYND), a specialist in plant-based meat substitutes, Thursday reported a wider loss for the fourth quarter, despite an increase in revenues. The numbers also missed the consensus