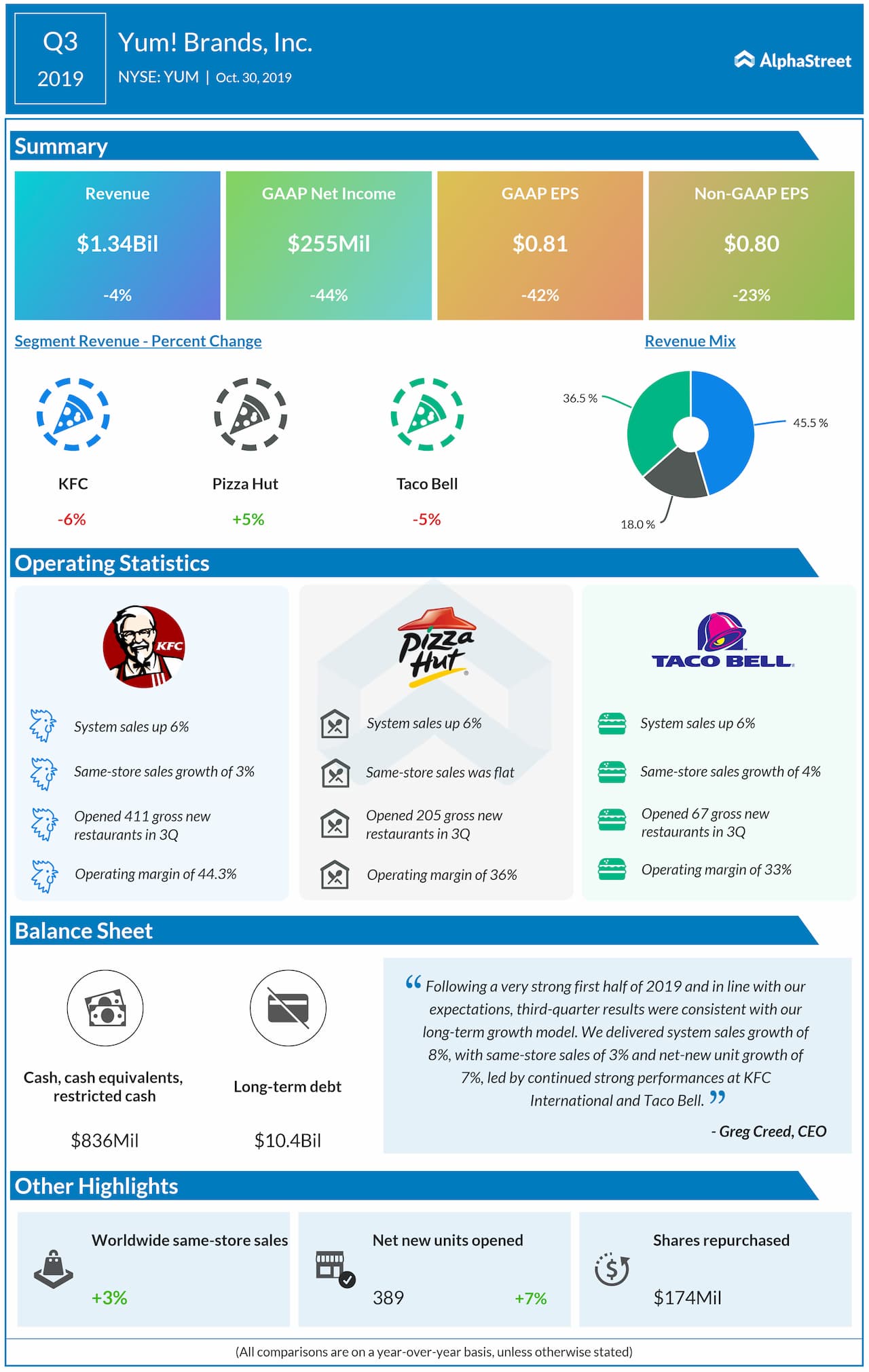 During the quarter, the KFC division saw the highest growth of 20% in system sales in the Russia, Central and Eastern Europe market. This was followed by India, Latin America and Western Europe. KFC saw a 6% growth in restaurants on a global basis.

For fiscal year 2019, the company expects to achieve adjusted EPS of at least $3.75.