American Airlines Group Inc. (NASDAQ: AAL) beat market expectations on earnings for the first quarter of 2019 while revenues matched estimates. However, the company lowered its EPS guidance for the full year, causing shares to fall over 3% in morning hours on Friday. 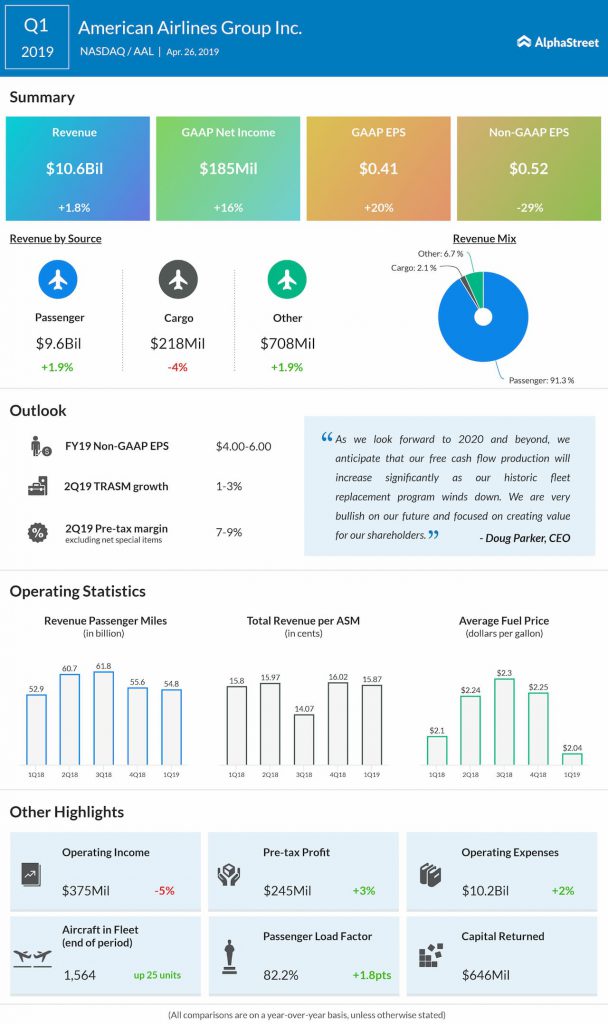 Chairman and CEO Doug Parker said, “Our near-term earnings forecast has been affected by the grounding of our Boeing 737 MAX fleet, which we have removed from scheduled flying through Aug. 19. We presently estimate the grounding of the 737 MAX will impact our 2019 pre-tax earnings by approximately $350 million. With the recent run-up in oil prices, fuel expenses for the year are also expected to be approximately $650 million higher than we forecast just three months ago. Even with these challenges, we expect our 2019 earnings per diluted share excluding net special items to grow approximately 10% versus 2018.”

On March 13, the Federal Aviation Administration grounded all US-registered 737 MAX aircraft. American Airlines estimates that the impact to its first quarter pre-tax income from these grounded aircraft and related flight cancellations was approx. $80 million.

American Airlines declared a dividend of $0.10 per share to be paid on May 22, to stockholders of record as of May 8.