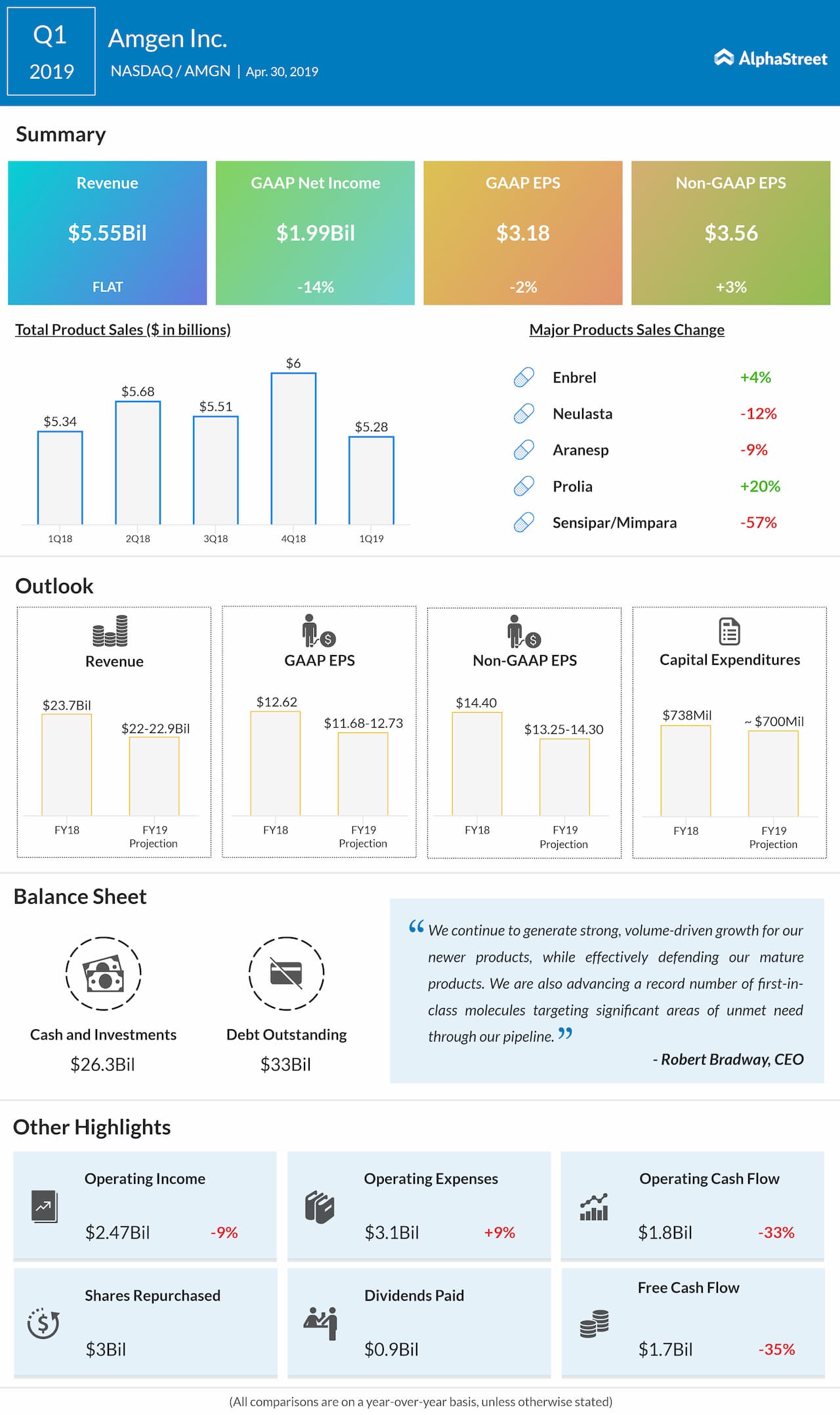 Revenues, meanwhile, remained broadly unchanged at $5.55 billion and came in line with the estimates. The top-line was negatively impacted by a 1% decline in product sales globally, though most of the new products including Prolia, Repatha and KYPROLIS registered double-digit growth.

Robert Bradway, CEO of Amgen, said, “We continue to generate strong, volume-driven growth for our newer products, while effectively defending our mature products. We are also advancing a record number of first-in-class molecules targeting significant areas of unmet need through our pipeline.”

For the whole of 2019, the management expects revenues in the range of $22 billion to $22.9 billion, which represents a modest increase from the earlier outlook. The guidance range for unadjusted earnings was narrowed to $11.68-$12.73 per share from the previously estimated $11.55-$12.75 per share.

After reaching a new peak during the final weeks of last year, Amgen shares lost momentum in 2019 and lost about 7% so far this year. The stock closed Tuesday’s session lower.