What to expect from Baozun’s Q3 earnings

The Chinese e-commerce solutions provider Baozun Inc (Nasdaq: BZUN) is scheduled to report its third quarter 2018 earnings on Wednesday, November 21 before the US market opens. For the quarter ended September 30, 2018, the company expects revenue to be between RMB1.09 billion and RMB1.2 billion, representing a growth of 13-25% over the prior year. 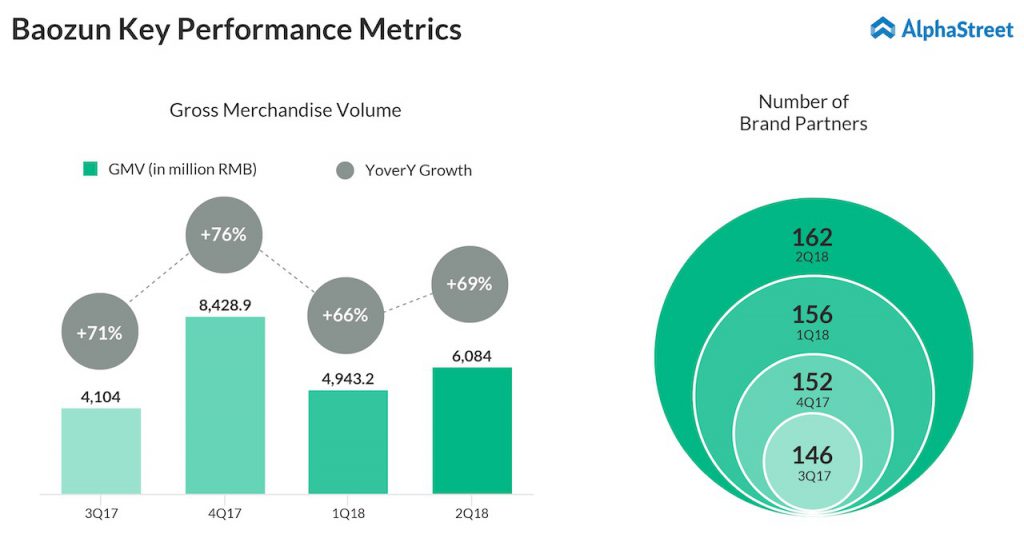 On November 12, Baozun announced the results of Singles Day 2018. Total order value increased to RMB6.55 billion compared to RMB4.99 billion in 2017. However, the growth rate was below compared to the years 2016 and 2017. Fearing that this slowdown might reflect in the company’s fourth quarter results, the stock plunged about 20% on that day.

Analysts expect that trade war noises might affect Baozun in the future. But Baozun is doing the e-commerce business mainly in China. Since the company has got limited cross-border businesses, the impact from the trade war is expected to be very little.

The stock had declined about 3% during Tuesday’s midday session. Shares of Baozun have dropped 4% in the year-to-date period and 16% in the past 52-weeks.