Bristol-Myers Squibb reports Q4 earnings on Jan 24. What to expect

Only two weeks after announcing its massive acquisition of Celgene Corporation, drug-maker Bristol-Myers Squibb (BMY) is all set to report fourth-quarter results on Thursday, January 24.

The stock has mostly underperformed in the trailing 52 weeks, declining almost 9%, while the industry recorded a modest growth of 7%. 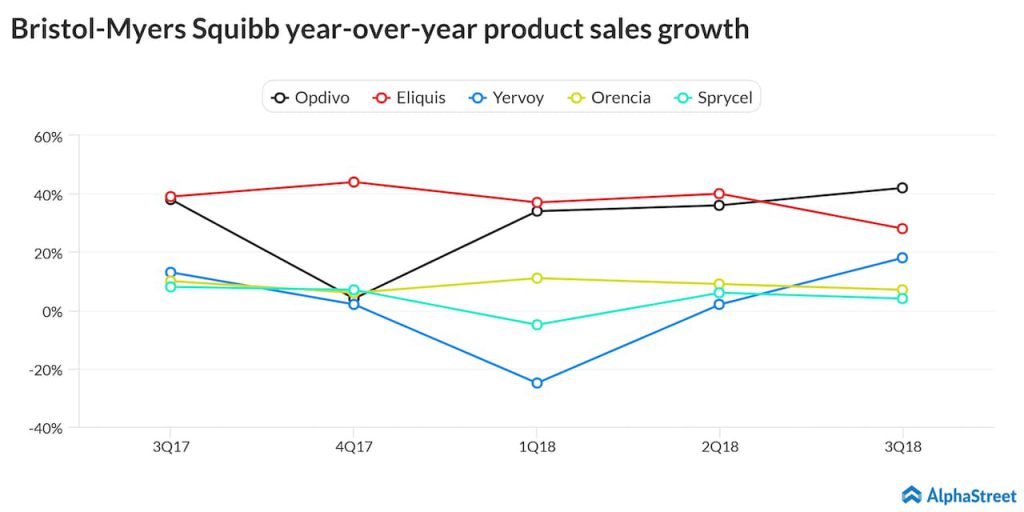 Throughout last year, its flagship drug – Opdivo – struggled in the cut-throat competition in the oncology market. Despite strong demand, Opdivo, which accounts for about one-fourth of Bristol Myers’ total sales, faced stiff competition from rival Merck’s (MRK) Keytruda.

In the recent quarters though, thanks to a slew of regulatory approvals, Opdivo has been picking up in sales and the fourth quarter figures of the immuno-oncology drug will play a key role in deciding the trading direction.

During the prior- reported quarter, Opdivo outgrew its cardiovascular drug Eliquis in a rare instance. Eliquis is also meanwhile perceived as a growth driver for the company, delivering 35% sales growth in the first nine months. Market observers are expecting this growth trajectory to continue into the fourth quarter.

The top line is likely to get a boost from the label expansion of these products.

Also, keep a lookout for management comments on the recent purchase of Celgene during the earnings conference call. The transcript of the entire call will be available here.

On January 3, Bristol-Myers had said that it was acquiring Celgene in a $74-billion cash-and-stock transaction. Shares of Celgene jumped over 30% in the pre-market trading hours following the announcement, while Bristol-Myers Squibb shares plunged about 13%.