Earnings calendar for the week of July 12

Technology stocks took a beating from the government’s decision to restore net neutrality and weighed on the benchmark indexes mid-week. But, the S&P 500 index and Dow Jones Industrial Average bounced back and gained 50 points and 475 points, respectively, since then.

In what could be a setback for the labor market, jobless claims unexpectedly increased to 373,000, after dropping steadily and slipping to a one-year low last week.

Jeans maker Levi Strauss & Co. was probably the only major company that reported financial results in the holiday-shortened week. With the earnings season around the corner, the market is coming out of the sluggish phase and getting ready for the busy days ahead.

The upcoming events that can attract investors’ attention include the fourth-quarter earnings release of medical device maker AngioDynamics, which is due on July 13.

Kicking off the earning season, banking giants JPMorgan Chase and The Goldman Sachs Group will be publishing their second-quarter statements before the market’s open. On the same day, Packaged food company ConAgra Brands and soft drink giant PepsiCo will also be unveiling their latest financial data.

The spotlight will remain on bank earnings on July 14, when Citigroup, Bank of America, and Wells Fargo are scheduled to report. They will be joined by fund management firms BlackRock and Delta Air Lines. The next day–  July 15 —  Morgan Stanley and Bank of New York Mellon will report. 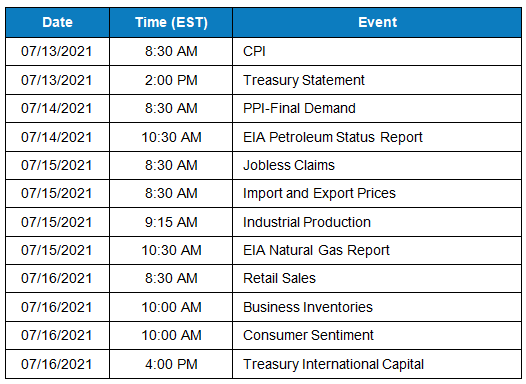