Infosys (NYSE: INFY) reported a 2% increase in earnings for the fourth quarter of 2019 helped by higher revenues as well as lower income tax expenses. The bottom line came in line with the analysts’ expectations while the top line exceeded consensus estimates. The company guided revenue growth for fiscal 2020 above the Street’s view.

Digital revenues climbed 41.1% year-over-year to $1.04 billion while core revenues declined 1.3% to $2.03 billion. The company had another quarter of over $1.5 billion large deal total contract value in the fourth quarter. Realization per billed employee was steady which reflected rising usage of automation in core services and faster growth in newer digital services. 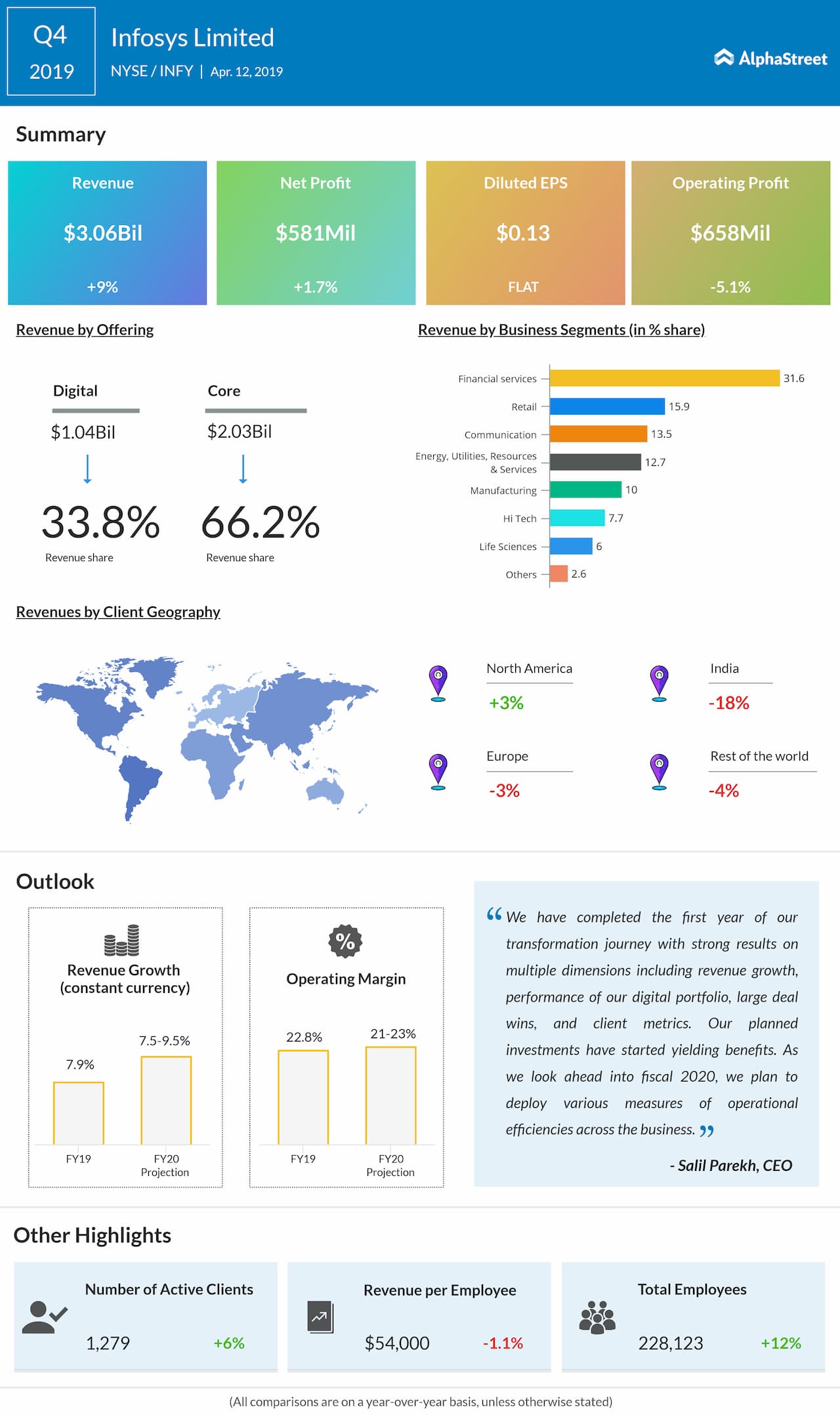 Looking ahead into fiscal 2020, the company expects revenue growth in the range of 7.5% to 9.5% in constant currency and operating margin in the range of 21% to 23%. The company intends to deploy various measures of operational efficiencies across the business.

For the financial year 2019, the company’s board has recommended a final dividend of $0.15 per American Depository Receipt (ADR) or INR 10.50 per share.

For the fourth quarter, by client geography, North America contributed to a higher 61.2% of the share to the total revenues compared to the previous year quarter while Europe, Rest of the World and India contributed a lesser share.

Shares of Infosys ended Thursday’s regular session down 0.99% at $10.97 on the NYSE. Following the earnings release, the stock inched down over 3% in the premarket session.