Analysts were expecting earnings of 42 cents per share on revenues of $1.59 billion. 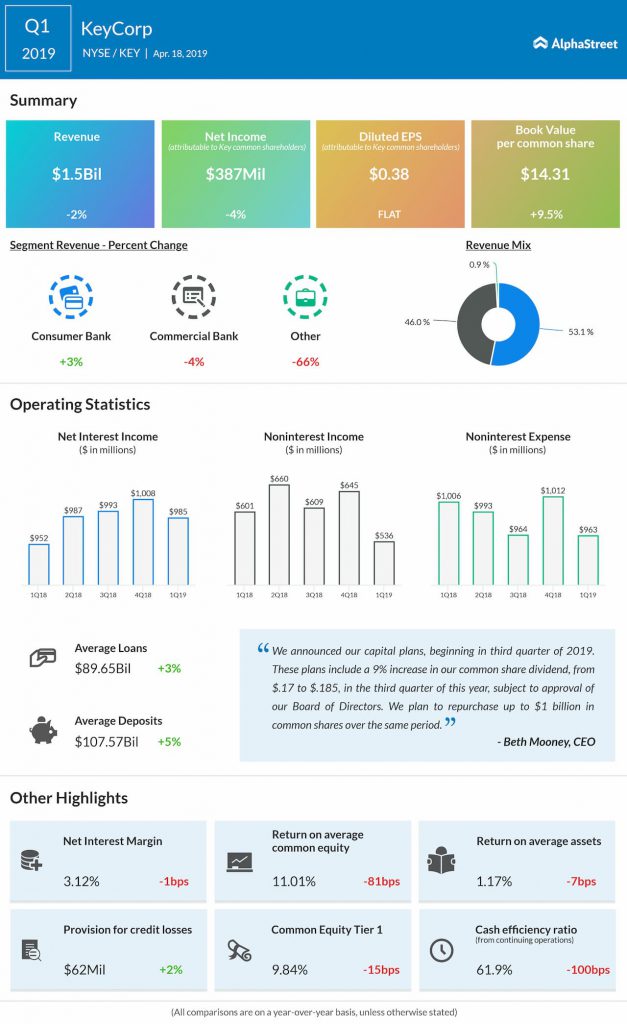 CEO Beth Mooney said, “We continued to execute against our continuous improvement plans across the company, driving a meaningful reduction in our expenses, down 7%, excluding notable items, from the year-ago period.”

KeyCorp shares ended its last trading session 1% higher on Wednesday. The stock has gained 14% since the beginning of this year.