OC shares gained 1% immediately following the announcement of the results. The stock has lost almost 37% of its value in the trailing 52 weeks, hurt by the general weakness in the home-improvement market. 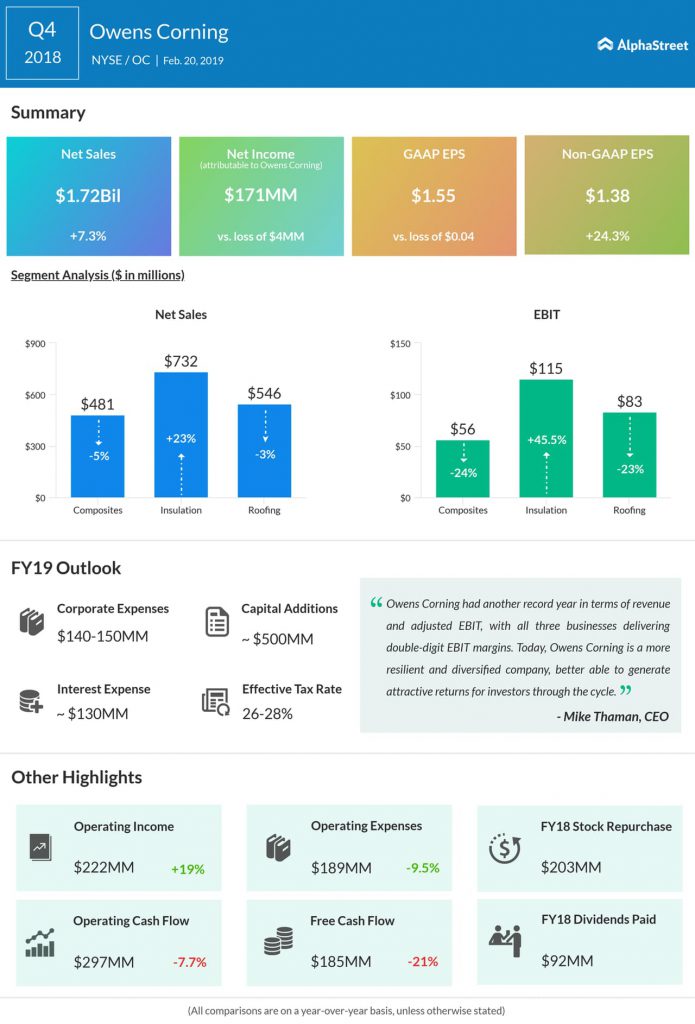 CEO Mike Thaman said, “Owens Corning had another record year in terms of revenue and adjusted EBIT, with all three businesses delivering double-digit EBIT margins. Today, Owens Corning is a more resilient and diversified company, better able to generate attractive returns for investors through the cycle.”

It may be noted that COO Brian Chambers will succeed Mike Thaman as the company’s CEO, effective April 18.

For full-year 2019, the Toledo, Ohio-based firm has guided capital additions of about $500 million, with an increased focus on productivity improvements. It also anticipates strong conversion of adjusted earnings into free cash flow during this period.

General corporate expenses are projected in the range of $140 million to $150 million.