Take-Two Interactive Software (TTWO), the studio that brings the NBA 2K games and the hit title Grand Theft Auto, is back at it — this time vying for shareholders’ interests as it reports third-quarter 2019 results on Feb 6.

The gaming giant has already beat Street estimates in the last four quarters.

And this time, expectations are sky high. The Street sees quarterly earnings to grow more than 115% year-over-year to $2.75 per share, and the revenue to soar at least 125% to $1.48 billion. That’s quite an ask.

But the chances of the company that owns the coveted Rockstar Games beating these numbers is quite high. Especially in the quarter that the much-awaited Red Dead Redemption 2 came out.

Along with higher recurrent spending on its hit NBA 2K series and the success of Red Dead Redemption 2, Take-Two expects net bookings between $1.40 billion and $1.45 billion. According to the company, NBA 2K19 saw a rise of 10% in bookings vs. NBA 2K18’s release a year ago.

The gaming giant also bagged the rights to publish The Golf Club 2019 in the third quarter, which features PGA TOUR — a sports gaming title of which EA was earlier the sole provider.

In the quarter, Take-Two also launched Borderlands 2 VR — a new offering on its another popular title.

In the previously reported quarter, Take-Two turned to profit from its year-ago loss, while net revenues rose 11.1%. 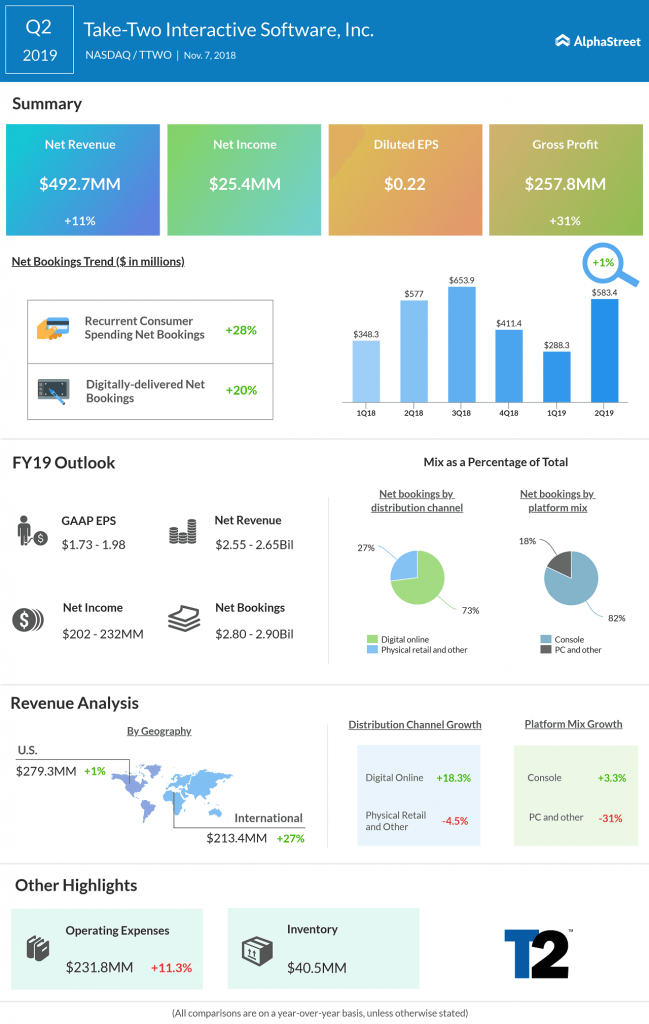